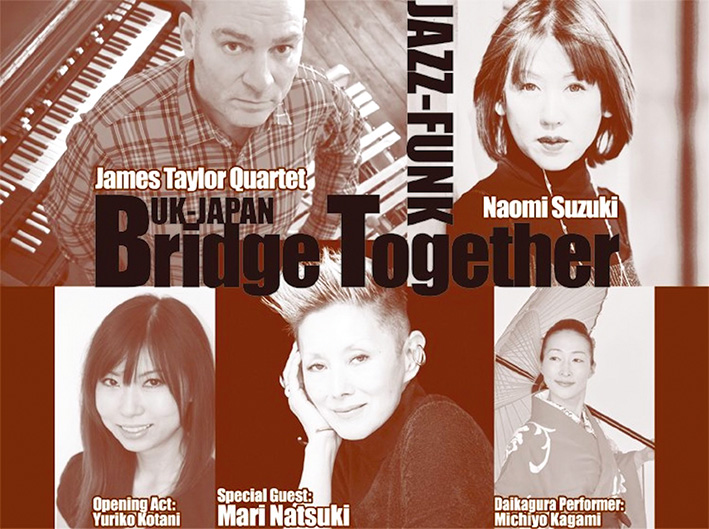 This is a special collaborative event, featuring the UK-based Japanese singer SUZUKI Naomi performing with the UK jazz-funk group the James Taylor Quartet. Bridge Together Project is an event produced by SUZUKI Naomi to celebrate the Japan-UK Year of Culture, and it aims to introduce the wide variety of Japanese culture to the world.

People from all over the world come to visit Japan, as a part of the 2020 Tokyo Olympic and Paralympic Games. Additionally, special guests will be the BBC New Comedy Award-Winning comedian, KOTANI Yuriko, and the well known Japanese actress and singer, NATSUKI Mari who has also participated in Musical theatre, including NINAGAWA Yukio’s productions, and who is traveling from Japan for this special event. There will be a traditional Daikagura routine by KAGAMI Michiyo as well. Daikagura is a Japanese traditional performance that has been around since the Edo period. It was originally performed at the Shinto Shrines as a sacred performing art.

Kuroko is a group sculpture exhibition of artists based in the UK and Japan. The theme Kuroko is an invisible character who is dressed in black from head to toe. In Kabuki theatre this role is to support the performers, handle props and assist the storytelling on stage.

An exhibition of Japanese watercolours and prints, including two of the most famous artists in Japan, KATSUSHIKA Hokusai (c.1760-1849) and UTAGAWA Hiroshige (1797-1858) from Derby Museum own collection. Also displayed are Japanese influenced objects like Derby Porcelain and a suit of Samurai armour from Lincoln University. 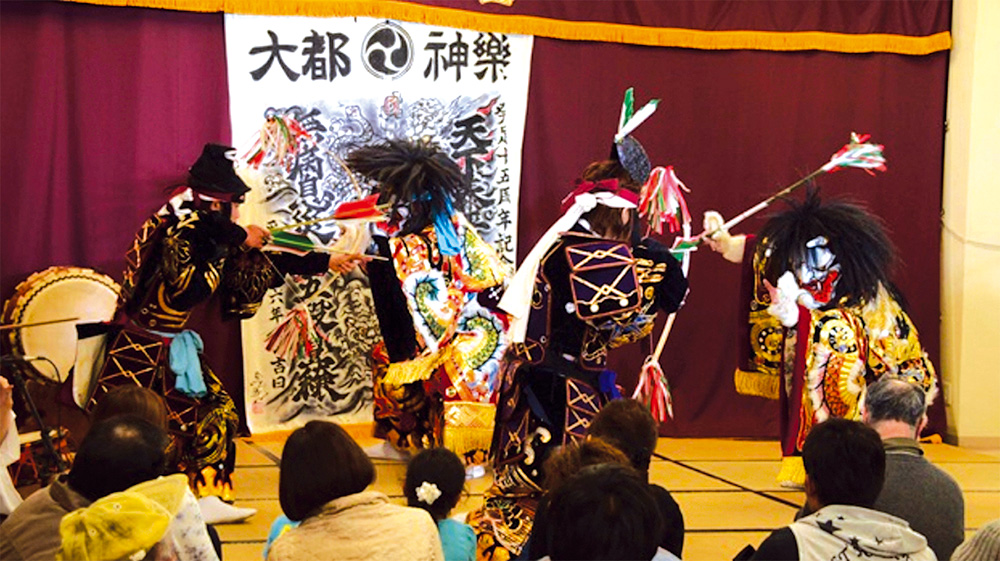 Kagura is a shinto ritual performance dedicated to the deities of japanese mythology. It is one of the five main japanese dance and music performance arts. “Iwami Kagura” is a form of kagura native to Iwami, shimane prefecture, which has about 300 years of history. It is performed annually in autumn to pray for good harvests throughout the year. This repertoire includes ritual dances and narrative plays based on myths with glorious dance, upbeat music, and flamboyant costumes as well. Before a performance in the entrance Hall, there is a lecture from Terence Lancashire of osaka ohtani University on Kagura.