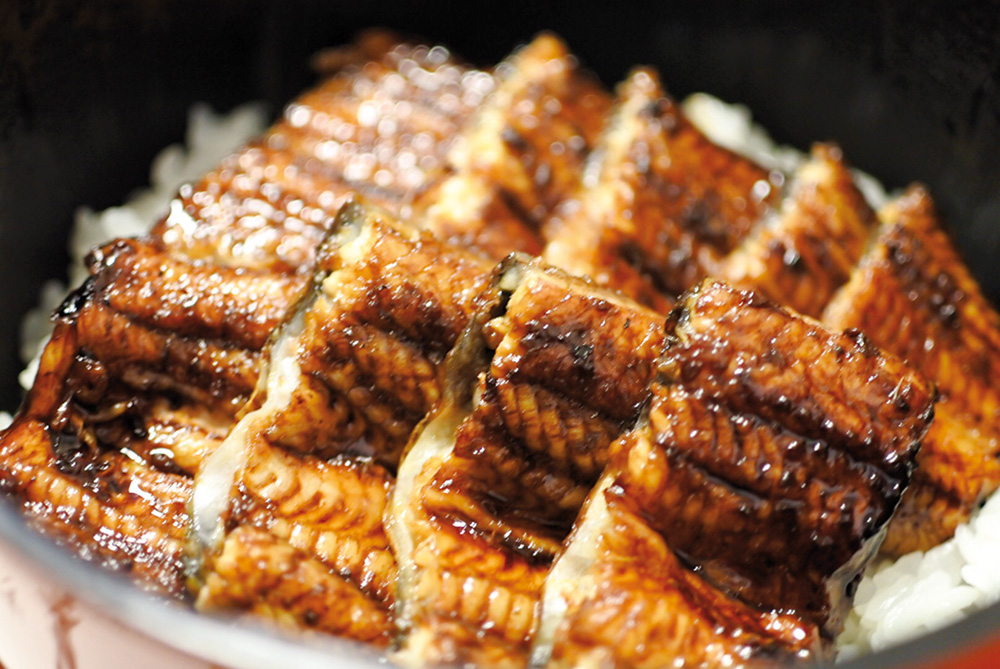 Eels, like the loach, were on the menu for those who wanted to flex their muscles.

To keep healthy, the Japanese have set their sight on the hidden properties of the following foods…

Aphrodisiac products are found all over the world. In Japanese, the expression “sei no tsuku” is traditionally used to describe energy boosting foods. Broader in meaning than aphrodisiac, “sei” signifies “spirit”. In short, foods that promote vitality. So, what do the Japanese take to “keep in good spirits”?

Eggs
Considered for a very long time to be a precious commodity, an egg-shaped gift box used to be given to the sick and, at Yoshiwara, the red-light pleasure district, boiled egg sellers would stroll around in the early evening. Men liked to eat them before meeting up with their beautiful escorts. The Japanese enjoyed, and still enjoy, eating raw eggs or breaking one into a steaming bowl of rice. It’s a great breakfast classic, to recharge your whole body.

Eel, loche
Both are admired for their ability to live a long time, even out of water, as for well as the slippery texture of their skin. Both have a strong flavour and, especially the eel, very fatty flesh: both were also eaten in the red-light district. A loche (pond loach) stew was the favourite dish of the post-men or palanquin bearers who needed to be physically strong.

Gokun
Eating vegetables of the spring onion family, which all have a very strong smell, has always been forbidden in temples. They were called gokun (five strong smelling plants). At different periods, and depending on the particular school of Buddhism, the list of vegetables differed: garlic, leek, onion, shallots, chives… No matter which temple it was, garlic was always banned from the monks’ kitchen as it was considered to be a powerful aphrodisiac. Anyone who had eaten it was not allowed to cross the threshold of zen temples.

Root
vegetables These, including carrots and gobo (a kind of salsify) were considered to be energy boosters.Kinpira, a spicy stir-fry of gobo and carrot cut into batons, takes its name from a man known for his extraordinary strength.

There are also other, rarer ingredients: Sake steeped snakes, suppon (Chinese soft-shelled turtle) eaten in a pot, or game meat such as wild boar were reputed to “awaken” energy. The images these animals evoke are quite clear. Despite its unattractive appearance, suppon, for example, was eaten even in the pre-historic Jomon era. Legend has it that once it had bitten you, it would never let you go, even when it heard the roar of thunder.

Have you found the way to keep your spirits up? At least on your next visit to Japan you will be able to choose what to eat to “give you a boost”.