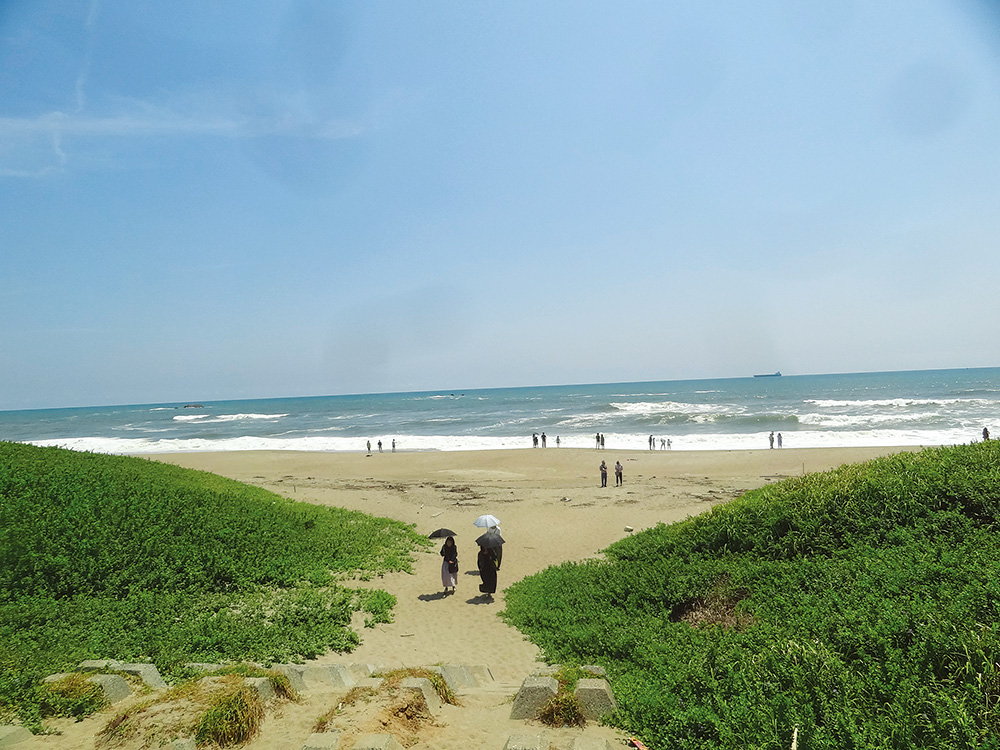 The sea occupies a fundamental place in the culture of the country and is an essential part of the journey wherever you go.

After 27 years spent almost entirely in Tokyo, our regular contributor has set out on a journey of discovery.

How long have you lived in Japan? The life of an immigrant is often judged according to the length of time he has spent in a certain country, and Japan is no exception. When you meet the locals, you are subjected to a certain kind of questioning (What do you do? Why did you come to Japan?), and the time related query is never too far down their list. The same thing happens when you meet a fellow gaijin (foreigner). It’s like a sparring session: you size each other up to see which of you has accumulated more brownie points which one has more expat bragging rights. Some people are more aggressive in their prodding and bragging, others behave in a more roundabout way, but sooner or later you reach that point: How long have you lived in Japan? That’s when I play my ace: 27 years. With very few exceptions, that’s game, set, and match.

But I’m not here to brag. Actually, it’s completely the opposite. I’m here to confess that after 27 years in Japan, I’m still not sure I know the country all that well. I’ve been to Hokkaido, checked out the famous tourist spots in Kyoto and Nara, but little else. The fact is, I love Tokyo, and until now I haven’t found a single good reason to leave it, even for one week. I have spent the last 27 years exploring its streets and recording how the city, like a living organism, changes constantly and endlessly mutates into something that looks always the same yet always a little different.

Even now, whenever I’m asked what I like about Japan, I always reply that I love Tokyo, not Japan. Tokyo was my first love, and for a long time I wasn’t really curious to see what lay beyond its borders.

If I am completely honest, I’m not even sure why I ended up in Japan in the first place. Before I went to college, I was barely aware of its existence. To me, Japan belonged to a different dimension just out of reach. It was too far away from me, both physically and mentally, to really catch my interest. The only things I knew about Japan were geisha and samurai. Ah, and anime. I wasn’t even a fan of martial arts. When I was in elementary school, my best friend signed up for a judo class and promptly broke his arm. That, probably, contributed to keeping me away from a dojo.

But I came to Japan anyway, in 1989, lured to the country by my then girlfriend. What a different place Japan was in 1989. It was the first year of the brand new Heisei period – Emperor Hirohito had died in the January – and the bubble economy was still in full swing as the Nikkei stock market index reached an all time high of 38,957. Land in Tokyo’s Ginza district was said to be the most expensive on earth, peaking at 30 million yen (£ 230,000) per square metre.

People were still working hard and partying hard, only grumbling a little about the 3% value added tax that was introduced in April. The yen was in free fall against the dollar, but was still strong enough to beat my humble lire into submission.

Everybody was crazy about pokeberu (Pocket Bells, i.e. the Japanese version of pagers) and millions of workers and schoolgirls spent their time furiously texting each other.

About one month before my arrival, singer and cultural icon Misora Hibari died at 52. Her last single, Kawa no nagare no yo ni, was later voted the greatest Japanese song of all time. Its title means “Like the Flow of the River”, and sure enough, like water flowing in a river, the heady good times were quickly replaced by astonishingly bad times.

I returned to Japan for good in 1992 and found a rather different place: the Nikkei index had sunk to 14,309 and the asset price crisis had ushered in the so called “Lost Decade”. However, a lot of Japanese hadn’t realised yet that the future looked grim, and people kept spending and travelling abroad. At Juliana’s Tokyo – the capital’s most glamorous disco – the body-con girls wearing tight mini skirts were still partying like mad and the music was so loud nobody could have possibly heard the bubble burst. 1992 was also the year that civil servants were granted a two day weekend for the first time while, to underline Japan’s position on the world stage, American President George Bush vomited in Prime Minister Miyazawa Kiichi’s lap during a state dinner in Tokyo.

As for me, having finished university and done my bit of national service, I was finally free of obligations, was jobless, restless, for the most part still haplessly clueless about life, but eager to leave my boring sleepy hometown for Tokyo’s bright lights.

For the first time in my life I was surrounded by signs and billboards written in hieroglyphs I could hardly read. I had half heartedly struggled for a couple of years trying to learn the damned Chinese characters, but the few hundred I knew were not much use.

On the plus side, I was delighted when I went to the movies and discovered that there was no intermission. That was, to me, the final proof that Japan was a highly educated and enlight ened country. When I stepped out of the cinema, I decided I had found my paradise. Or, to be more precise, I had finally come home.

This year I’m turning 56. I came to Japan when I was 28, which means I’ve now spent as many years in Japan as I did in Italy. I don’t really believe in the secret meaning of numbers, in the cabbala or fate, but I was struck by the coincidence. At 28 I had started a new life, so I told myself the least I can do at 56 is grab my chances and do something different, something out of the ordinary. Like travelling around Japan, a country that’s been so close to me for all these years but that I barely know.

Every time I travel alone, I’m overwhelmed by the hugs and kisses and goodbyes. So when the day of departure finally came, I felt a pang of sadness, only slightly softened by my wife’s jokes (“beware the oyaji-hunting hooligans who prowl the streets at night in search of middle aged guys to beat up!”), and for a moment I was tempted to drop my bags and take refuge in the warm quiet happiness of domestic life. But then she kicked me out of the house and that was that.

On the southbound train, I opened my backpack and started reading the book I had chosen to keep me company: The Adventures of Huckleberry Finn.