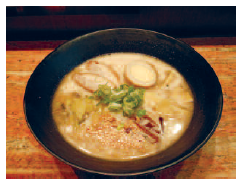 A taste of Kyûshû, in Marylebone

Japanese food for many people means one thing – sushi. Tempura, tonkatsu curry and bento boxes may also figure, but it’s sushi that dominates.

It may be the national dish, but spend a short time in Japan and you’ll discover a country obsessed by food. Dishes for each season, every region, exquisitely refined, or for munching down at roadside stalls. Zoom magazine hopes to bring this incredible variety to these pages, beginning with Kyûshû, Japan’s third largest island, known for its hot springs and Onsen resorts, but also its’ cooking.
At CoCoRo, a well established Izakaya style restaurant near Bond Street station, the speciality of the house is Kyûshû cuisine, with the owner and many of the staff coming from the island. Their Chicken Nanban is from Miyazaki prefecture, known for its poultry farms. Its name though, actually refers to Portuguese sailors, who were some of the first outsiders to trade with Japan, and introduced the method of pickling fish in vinegar to preserve it. Here the chicken is deep fried with a light batter, then soaked in a vinegar marinade, and served with tartar sauce, glistening gelatine, and a lettuce salad. CoCoRo’s head chef SATÔ Hiroaki also makes his very own adaptation, adding peach slices which he rolls inside the chicken. The sharp, sweet, intense flavours of the sauce and marinade match perfectly with the succulent chicken, juicy inside its crispy outer coating. It’s a powerful, moreish taste. CoCoRo’s Tonkotsu ramen is from Kumamoto prefecture, a mild version, masking the strong pork smell with seven varieties of garlic (ginger is used in the more dominant Hakata Tonkotsu from Fukuoka city in the north). The broth is key to a good ramen. In the kitchen here they make theirs from scratch, boiling the bones for up to 10 hours, giving it a creamy, gravy-like consistency. The soup is then garnished with pickles, bamboo shoots, sesame seeds and a boiled egg. The all-important chashu (tender slices of pork belly) finish the dish. On the restaurant’s ground floor seating is Western, while downstairs in the shôchû bar, it’s Japanese style, with sunken tables separated by roller blinds. Every available space here is taken up with brightly labelled bottles of this versatile Japanese drink (350 varieties available at the last count). Distilled from barley, sweet potato, or brown sugar among others things, it can be drunk neat, on the rocks, mixed with tea, or flavoured with fruit juices. Concerts are often held here, classical as well as shamisen playing, and traditional dancing, if you’re lucky. Perhaps on nights like these, when the shôchû flows, you might imagine climbing the stairs and out, not into another London street, but a balmy evening in the coastal spa town of Beppu, with wisps of steam rising up behind you, and a trace of sulphur in the air.

No13 [Restaurant] So much fusion