From the north to the south of the archipelago, we invite you to discover original and authentic places to visit. 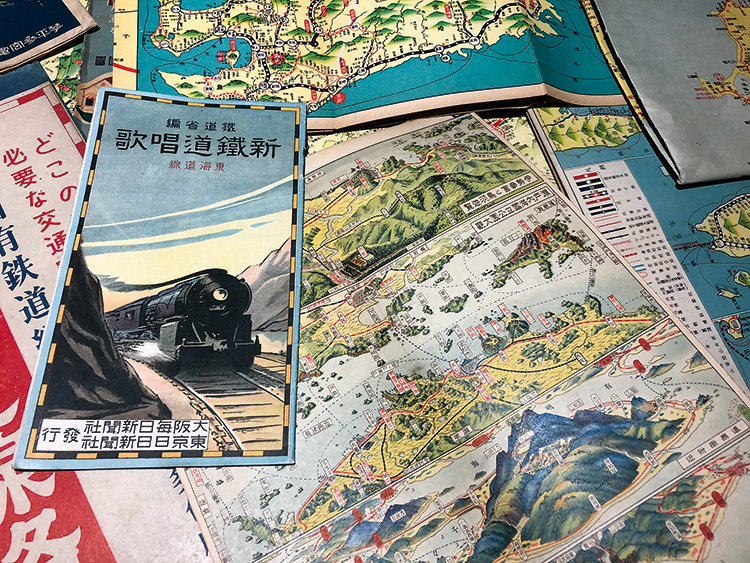 Thanks to a comprehensive railway network, it’s easy to travel throughout the country, which has encouraged the publication of some wonderful tourist maps.

Once again this year, Japan will undoubtedly break new records for tourism because, over the past few years, the archipelago has become a fashionable travel destination. Hordes of tourists, principally from Asia (China, Taiwan, South Korea and Singapore), come to discover a country with which they first came into contact through food or popular culture. Asians are not the only ones to come; over the years, the number of European visitors has increased considerably. The French, British, Germans, Spanish and Italians all want a bit of Japan, but, like everyone else they tend to concentrate on the famous “Golden Route”, that’s to say Tokyo, Kyoto and Hiroshima, forgetting that Japan covers a vast area with a wealth of varied landscapes, a cuisine equally as wide ranging, and warm and welcoming people whether they’re from the north or the south, Hokkaido or Okinawa. As a result of focusing on the same tourist areas, visitors from abroad end up by not meeting anyone else besides other foreign visitors to the extent that, sometimes, you catch the amusing spectacle of a Westerner taking a photo of an Asian wearing a kimono thinking it’s a Japanese person when, in reality, they’re either Chinese or Korean. This narrow focus also has an unfortunate consequence as it encourages property developers to tear down old neighbourhoods to build new hotel com-plexes, forgetting that, eventually, this will contribute to the impoverishment of these places and discourage tourists.

That’s the reason we’ve chosen to bring you an issue of the magazine in which we’ve asked some of our contributors to introduce you to one of their favourite places. In all, we’ve gathered together six locations from different parts of Japan. In each case, it’s a personal invitation to discover sites often ignored by tourists, including the Japanese, but which have everything to satisfy your curiosity, touch your emotions and delight the most demanding of you. So it’s a somewhat different Japan from the one usually suggested in travel brochures that we’re inviting you to discover today.