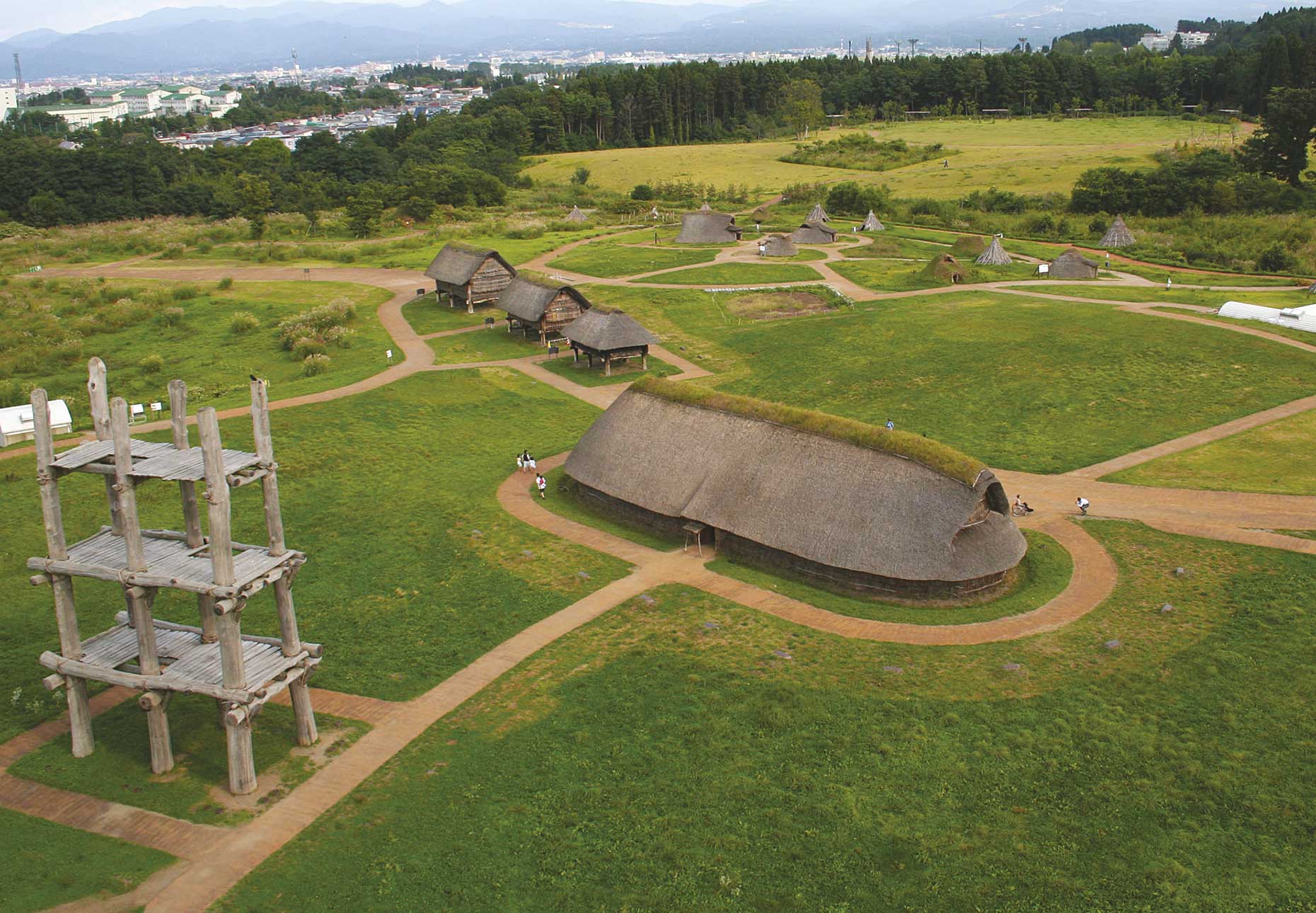 The Sannai Maruyama site provides an insight into the way the Jomon people lived.

Tohoku welcomes the inclusion of its prehistoric sites from the Jomon period on the UNESCO World Heritage List.

Last summer, while the world was engrossed in the spectator-less Tokyo Olympics, Japan quietly received a different kind of award. On 27 July, UNESCO announced that the Jomon archaeological sites in Northern Japan had been added to their august list of World Heritage Sites. It is Japan’s twentieth UNESCO site nomination, but the first for a prehistoric one.

The news was welcomed with joy by the people of the Tohoku region. This year marks the tenth anniversary of the horrific 2011 earthquake and tsunami that devastated the area. Tohoku had been counting on the Olympics to bring a large number of visitors to help revive the local economy. This influx of tourists failed to materialise due to the pandemic. But UNESCO’s decision has raised hopes that, someday soon, the tourist boom may still happen.

“It’s a result for which we had been waiting for a long time,” said Hananoki Masahiko, director of the museum on the Oyu Kanjo Resseki(OyuStoneCircles)site.“Ihopethat it helps to revitalise our region.”

Local groups campaigning to raise awareness and preserve these ancient marvels hailed the decision, calling the sites “The pride of our regions”. “Being listed by UNESCO is not our end goal. It’s only the start,” says Sato Fumitaka, a member of a NGO dedicated to raising public interest in the Sannai Maruyama site. “We want to cooperate with the other regions on promoting these ancient remains, to share in the appeal of the Jomon era.”

The Jomon sites comprise seventeen Neolithic sites scattered across the north-eastern prefectures of Aomori, Iwate and Akita in the Tohoku area, and the northern island of Hokkaido. They reveal the lives of a hunter-gatherer society that flourished in Japan for over 10,000 years following the last Ice Age, from around 14,500 BCE to 300 BCE.

The name Jomon means “cord-patterned”, a term coined by archaeologist Edward Morse in 1877 to describe the decorations found on pottery from that period, made by imprinting the shape of a rope or other objects into the clay. Jomon people made some of the world’s oldest pottery, as early as 14,400 BCE. The patterns that decorate much of the pottery display an astonishing artistic sensitivity. Jomon pots were used for cooking, food storage and even as burial jars for children.

Jomon people also stand out because, although they were hunter-fisher-gatherers, they lived in permanent dwellings near their food sources – particularly coasts, river banks and forest edges. Most other Neolithic peoples were nomadic. 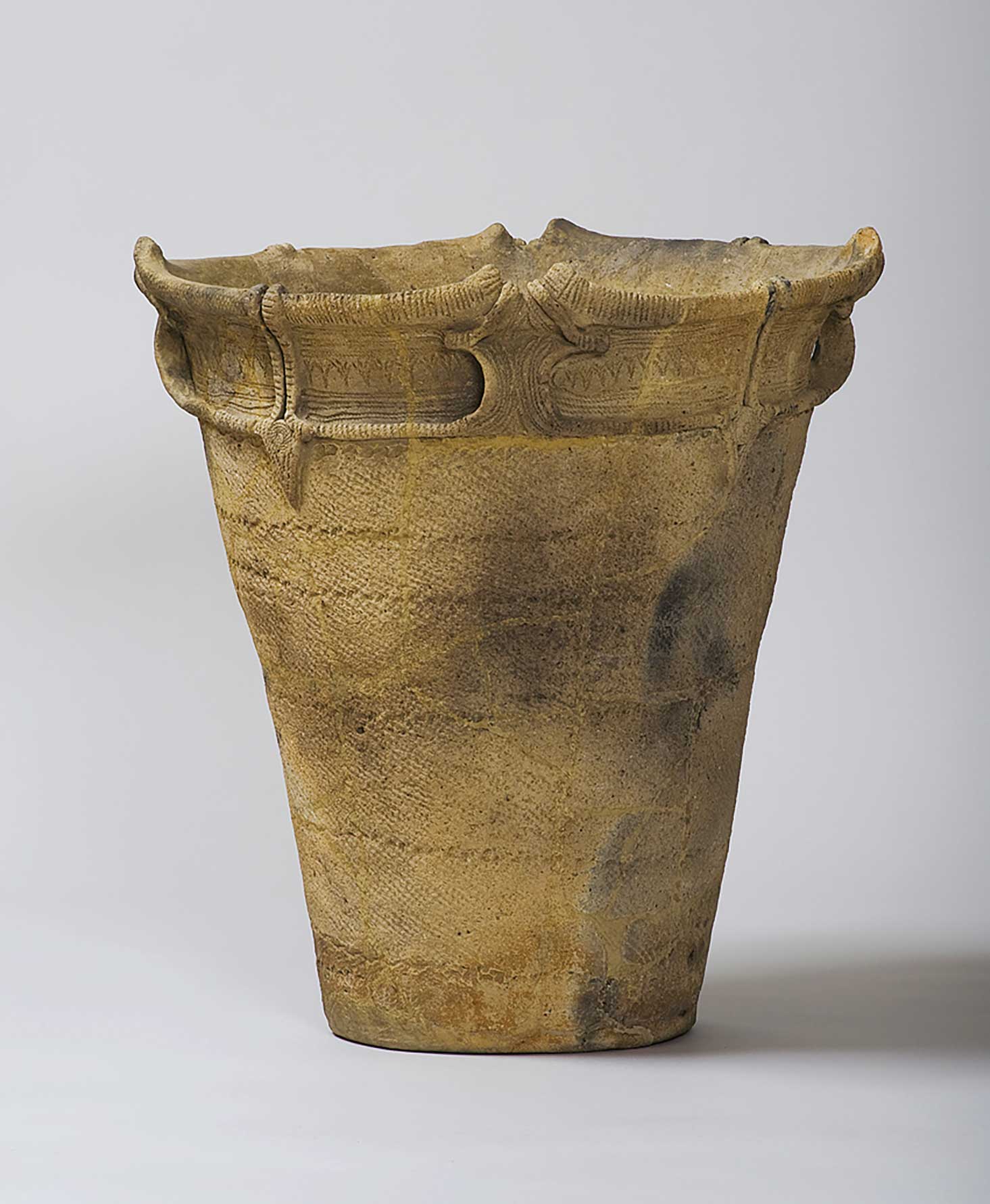 It was the American archaeologist Edward Morse who coined the term “Jomon“.

This marks a significant point in human evolution: the start of the transition from nomadic hunter-gatherers to sustainable village life. As the UNESCO declaration states, Jomon culture bears “a unique testimony to the development over some 10,000 years of the pre-agricultural yet sedentary Jomon culture and its complex spiritual belief system and rituals. It attests to the emergence, development, maturity and adaptability to environmental changes of a sedentary hunter-fisher-gatherer society.” There is also evidence of trade between isolated Jomon communities, rudimentary horticulture and even forest management.

Among the seventeen sites, the 95-acre Sannai Maruyama village near Aomori City is one of the largest. It thrived for 1,500 years, from 3500 BCE to 2000 BCE. The site was already well-known in the Edo Era (1603-1868). At its peak, hundreds of people are thought to have dwelt here.

The excavation, which began in 1992, unearthed sunken pit dwellings, pillar-supported buildings, stone tools, pottery, lacquered pots, and objects made from bone and antlers. Given the enormous significance of the discovery, in 1994, Aomori Prefecture took over responsibility for the preservation of Sannai Maruyama. It opened to the public the following year. It was registered as a National Historical Site in 1997, and as a Special National Historical Site in 2000, with 1,958 artefacts (the largest number in Japan) declared Important Cultural Properties.

Sannai Maruyama lies in green rolling hills on a 20-metre-high terrace overlooking the Okidate River. Visitors can stroll around a reconstructed Jomon village, complete with pit houses, a 32-metre longhouse, shell mounds and burial sites. Some 700 pit dwellings have been uncovered so far – sunken houses covered with a roof made from thatch, tree bark or mud. The site’s most iconic monument is a three-storey, nearly 15-metre-high tower made of six massive chest nut pillars. It’s not known whether this was a watchtower, lighthouse or some form of shrine. Be sure to visit the Sanmaru Museum too. It houses some 1,700 artefacts from the site, including some 500 important cultural properties all excavated from the Sannai Maruyama site. There are also life-size dolls depicting daily Jomon life. You can try your hand at making Jomon-style pottery and even have your picture taken wearing a Jomon costume.

You can also see fascinating artefacts such as female fertility figures, lacquered pots, jade beads used in shamanistic rituals and the mysterious bulging-eyed dogu figurines, all of which hint at a complex spiritual belief system. Just 20 minutes away by car, at the Komakino site, you can visit a large Jomon stone circle, over 50 metres in diameter.

The rubbish tip in Sannai’s North Valley swamp area offers tantalizing clues into the Jomon diet, as the moisture-rich soil contains remarkably well-preserved remains of animal and fish bones as well as plant seeds, lacquerware, wooden artefacts, woven objects, and even parasite eggs. The UNESCO listing emphasises that the Jomon sites are relevant to the whole world, not just Japan, stating that the Jomon property “possesses outstanding universal value as a testimony of a unique cultural tradition representing the way in which human beings coexisted with nature over an immense period of time.”

Aomori’s governor, Mimura Shingo, underlined the enormous significance of UNESCO’S listing of the sites, recalling that when he was a schoolboy the Jomon period was not even included in “history textbooks, which began with the Yayoi Period” (300 BCE – 300 CE, after the Jomon Era). “Now, the Jomon period has been recognised as one of the most important foundations of the cultural history of this country,” he said. 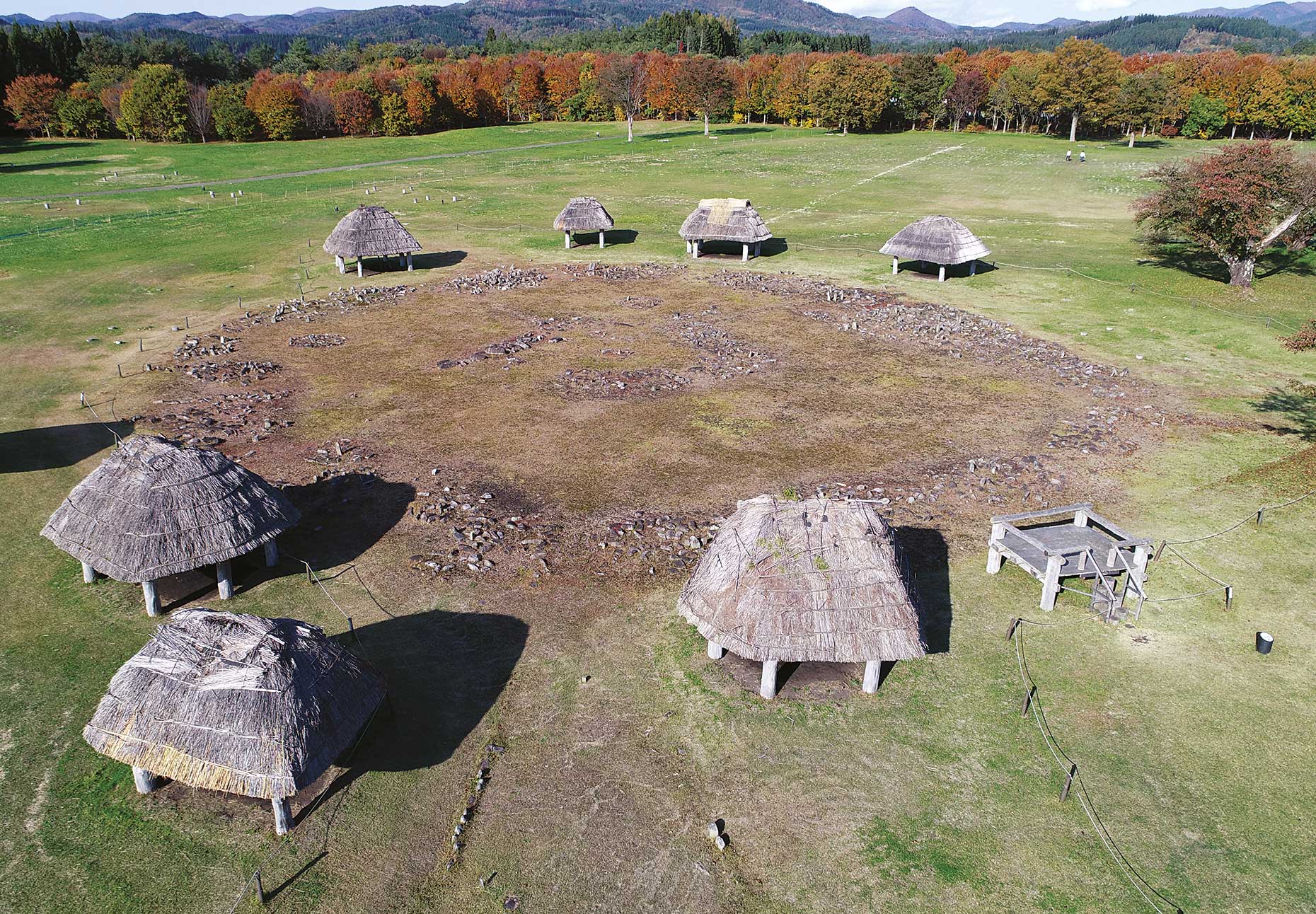 Oyu Kanjo Resseki is one of seventeen sites registered as a UNESCO World Heritage Site in July 2021.

He also remarked that the Jomon people not only lived in harmony with nature but also “worked together in peace.” Mimura feels that this peaceful lifestyle – coexisting with nature, and also with each other – lasting over 10,000 years using just stone, wood and earth, has a lot to offer the world. “I hope that both the prefecture’s inhabitants and the people of the world will think about the history and significance of each and every site that has been listed.”

And let’s not forget the exquisite beauty and unique design of the pottery that gave the Jomon people their name. Indeed, just as the cave paintings of Lascaux and Altamira are recognised as the precursors of the grand artistic traditions of France and Spain, we can see in the Jomon pottery the origin of Japan’s long tradition of artistic ceramic production, exhibiting the sophisticated design and style that still characterises Japanese pottery today.