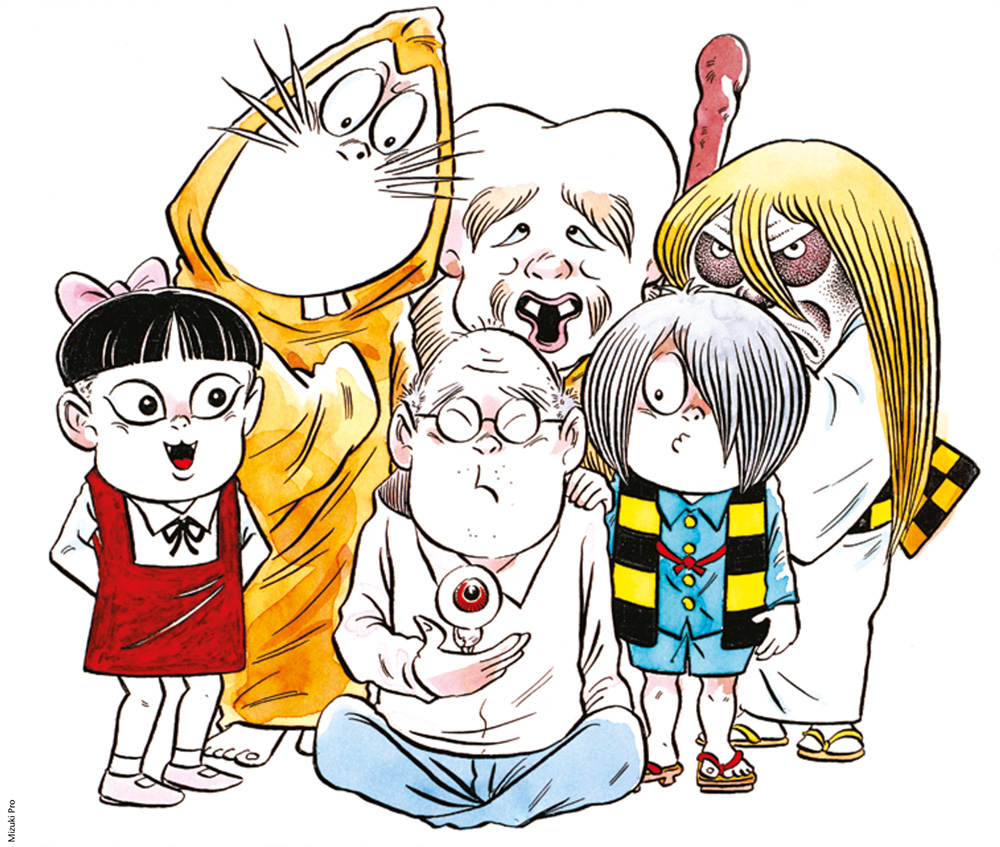 Self-portrait of Mizuki Shigeru surrounded by his most famous characters.

A titan of manga culture, Mizuki Shigeru would have been 100 years old this year. This is his story.

Zoom Japan has made a habit, in recent years, of publishing an issue devoted to manga to coincide with the Angoulême International Comics Festival in France, which is increasingly focusing on this Japanese art form. This year, due to the Omicron epidemic, instead of taking place at the end of January as planned, it has been rescheduled for 17 to 20 March. An exhibition dedicated to Mizuki Shigeru will be held there on the occasion of the centenary of his birth. This magazine has always had a soft spot for the work of this great manga master, as well as the output in general of the monthly magazine Garo where he worked. So we could not miss the opportunity of devoting a few pages to him as is our custom, we’ve been less concerned with analysing his work than trying to understand his personality, which in turn makes it easier to understand his work. We turned to people who knew him well for their opinions on the kind of man he was and his obsession with the world of yokai (spirit or demon), which this magazine has already featured (see Zoom Japan no.56, November 2017). Mizuki Shigeru died on 30 November 2015 after a busy life devoted in large part to manga. His rich and varied work is part of our heritage, but is yet to be fully appreciated outside Japan even though much has already been discovered. Let’s hope that the 100th anniversary of his birth will encourage us to take a greater interest in him. In its own way, Zoom Japan is helping to do this. We would like to take this opportunity to thank Atsukawa Mitsuhiro for his support.