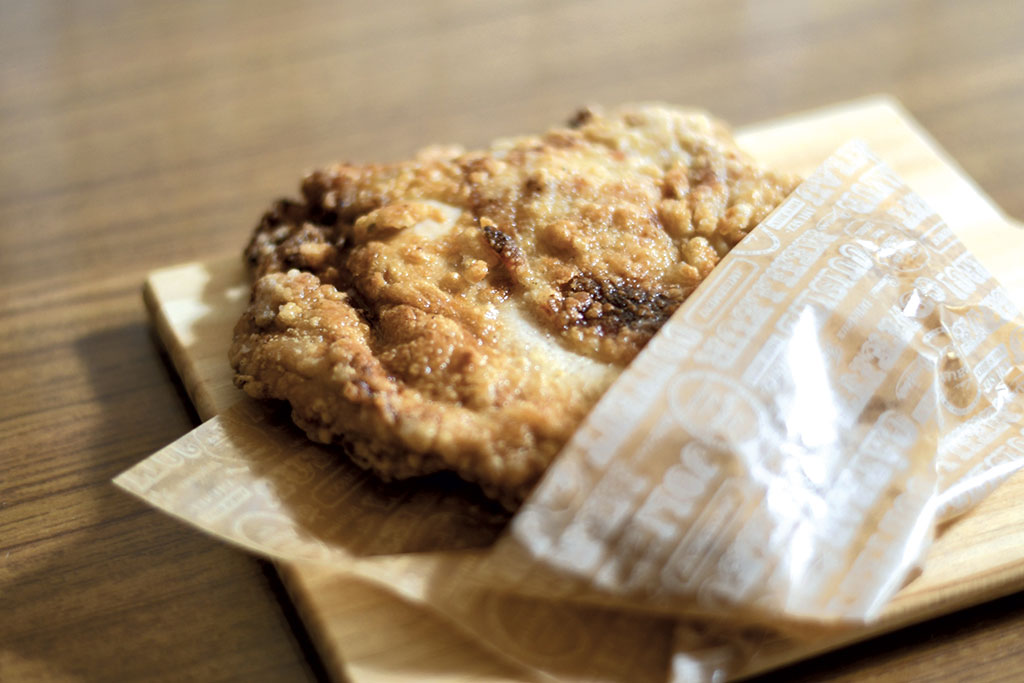 For some months now, the Japanese have shown an interest in Korean and Taiwanese cuisine.

The Japanese have always looked to see what is fashionable in the West in order to import it, whether it has been to do with culture, clothing or food. But for the past two years, the situation with regards to Japanese “street food” has been changing and, now, it’s food from Korea and Taiwan that is attracting the younger generation.

Ji pai, a Taiwanese dish similae to karaage (fried chicken) with its crispy breadcrumb coating and spicy flavour, has won over consumers thanks to both its flavour and visual appeal. The meat is beaten to make it thinner and longer, in the same manner as Veal Milanese, making it very “instagrammable”. And then there’s Xian Kao Dan Gao, a kind of Taiwanese Castella (sponge cake), which is everything that could possibly please the Japanese: light-as-air, melt-in-themouth texture like a soufflé, and the sweet taste of milk and eggs… The Korean-style macaroon, the touncaron (“large macaroon” in Korean), has also secured a starring role. It differs from classic macaroons due to its size, the number of varieties available and its kitsch decoration.

As for savouries, it’s the cheese kimbap that reigns supreme. It’s a kind of maki (a style of sushi) with a cheese and kimchi filling, reheated until the centre is melted and runny. This dish, which is sold in shops in Korea, has become very popular in Shin-Okubo, the Korean district in Tokyo. Recipes for making it at home proliferate on the internet.

Korean-style cafés are also very trendy. They are places with a “Korean aesthetic”, popular with young Japanese people who find them very stylish. Here, you can sample all the pastries competing to become champion of 2022. Of course, this phenomenon is not limited to Japan. During the pandemic, many countries have become addicted to such popular comfort foods. Bao (sweet buns), ramen (noodles) or curry were in high demand, even in Western European. But perhaps these dishes were a particular source of comfort to the Japanese who could no longer travel to neighbouring countries or their favourite pre-pandemic travel destinations?

Perhaps, it could also be said that these are simply fashions that will last only as long as their images are trending on social media until people become bored with them. But what’s interesting is that these specialities are not completely unknown in Japan. Some of them already belong to the Japanese repertoire of recipes, such as fried chicken, maki, or Western-style pastries, and, like the macaroon, are already widely known in the land of the Rising Sun. However, revisiting these classic, sometimes even commonplace dishes, allows them to be seen in a new light and captivate young Japanese people.

Nowadays, information travels at lightning speed, and these “invited” dishes can evolve in their own unique ways in different countries. Rather than sticking hard and fast to the original recipe, it’s this back and forth and the changes made to the same dish that will keep cuisine alive in the future. And that’s precisely what is so gratifying.