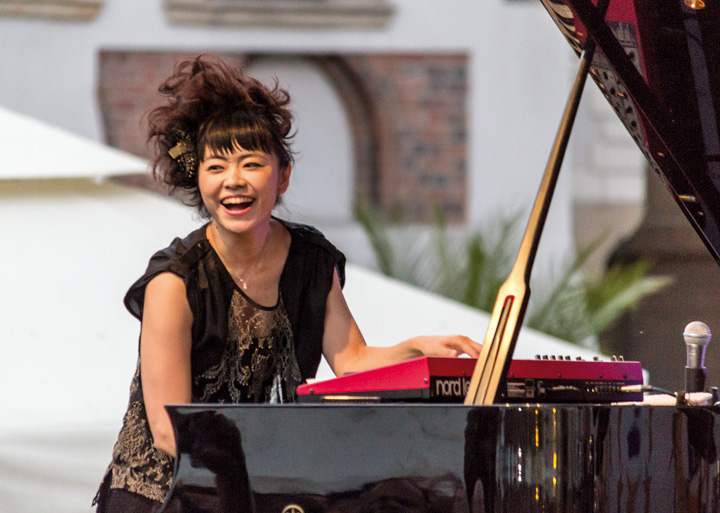 Jazz music remains a vibrant symbol of freedom in the Land of the Rising Sun, where it is still greatly appreciated.

One of the clichés about Japan is the idea that the Land of the Rising Sun is a country of imitators. It’s been said about cars, cameras and even culture, especially concerning music. Some have claimed that though the Japanese display remarkable technique and can play as well as any of the best western artists, they lack that little something that makes all the difference. Supposedly, this failing is even more apparent in jazz. If these spiteful opinions were taken seriously, it would amount to saying that Japanese musicians lack the sensitivity to create music capable of moving an audience. No doubt the people who say such things have never had the opportunity to listen to Watanabe Sadao who, at 80 years of age, can still entrance a whole room with his saxophone, and whose performing skill has long been recognized by the best American jazz players.

They have probably never heard Uehara Hiromi (See page 9) or the great Akiyoshi Toshiko whose graceful and powerful piano playing transports her audience to another world. They have missed out on the pianist Onishi Junko, or the very young alto-saxophonist Terakubo Erena (see page 9) who can both light up a room with their talent. This list could extend to many more Japanese musicians who have taken jazz to new and extraordinary heights. This plethora of talent has been enabled by the prevalent attitude towards jazz music in Japan, which is more positive than almost anywhere else. The jazz clubs of Saint-Germain have disappeared, remembered only in the fading memories of an older generation, whereas on the Japanese archipelago, jazz is a reality that people experience on a daily basis. Of course, as in other countries, jazz is in decline. All the same, it still remains popular, its flame kept alive by the many small bars where it is unconceivable for whisky or beer to be served without having some good music to listen to. Jazz is also associated with a certain freedom of behaviour that the Japanese (especially in the cities) managed to adopt in the late 1920s, before the military brought it to an end when they came to see it as a dangerous expression of dissidence. However, jazz found favour again after the end of the war and inspired a whole new generation of Japanese people. Murakami Haruki is one such person. He was first introduced to jazz in 1964 and it was a revelation for him. “I asked myself how I could transpose this music into writing. That’s how I shaped my style,” he would write in the New York Times in 2007. And for those who enjoy literature, there’s no doubt whatsoever that the novelist writes his books as he would play a piece of jazz. The feeling of freedom he expresses in his books is the same one you experience when listening to Japanese jazz artists, coming from a unique ethos of Jazz music that can’t be found anywhere else. That’s how they can play music that’s authentic and resembles no other, no matter what a few spiteful people might say – people who are also likely to be tone deaf.