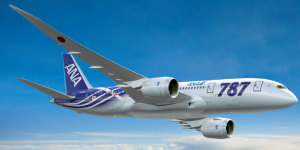 In aeronautics, the Japanese are betting on international cooperation to establish their technology.

In the field of aeronautics, the Japanese have acquired a solid reputation with their famous hunter Zero made by Mitsubishi in the late thirties. It’s reliance and maneuverability allowed the Japanese pilots to take control of the sky for months. After the Second World War, the American occupation forces forbade Japan from owning any planes, dismantled companies specialized in aeronautics and banned Japanese Universities from teaching any class related to aviation. The San Francisco treaty was signed in September 1951 and lead to the end of the American occupation in 1952. Practically immediately after, a blueprint law was voted for the reconstitution of a national aeronautic industry. In the space of a few years, the Japanese recreated a sector worthy of its name, and by the end of the fifties when the growth was at it’s peak and the objectives relating to the reconstruction were met, under the impulse of Shinmeiwa (the company), the authorities started thinking up a civilian plane called the YS-11. It was meant to become a symbol of Japan’s capacity to innovate in a sector considered to be strategic. By deciding to transport the Olympic Flame to Tokyo aboard a YS- 11, in 1964, the Japanese authorities seized the opportunity to show the world the made in Japan reliance. At the same time, the Japanese were inaugurating the first Shinkansen rail line, a high-speed train, between Tokyo and Osaka. Nevertheless, the YS-11, a national pride, did not get the commercial success that had been anticipated for it. Despite 82 orders placed from abroad, only 182 planes in total were ever built because of their high cost on the international market. To call it a commercial failure would however be exaggerated because the YS-11 accomplished the mission of being the ambassador of Japanese technological know-how. During the following years, with the mass development of tourism, including abroad, Japanese air companies called upon American technology to transport their passengers. The first delivery of a 747 to Japan Airlines in 1970 was a key moment. The Japanese abandoned the production of YS-11 in 1974, but they continued their research in aeronautics. In addition, over the decades, Japanese industrials showed their master of composite material, which currently allows them to play an important role in the development and the construction of the latest new born in the Boeing family: the 787. The participation of Japanese companies in its construction inspired an original and interesting advertisement campaign by the American airplane company during the seven years required to build it. That is where the expression “Made with Japan” came from, replacing the famous “Made in Japan”. A semantic evolution with an importance of its own as it translates the change in mentalities on both sides of the Pacific. The Japanese companies are far from having just a side role. Their contribution in the conception of the wings, the breaks, and even the cabin show how important the collaboration was in this industrial operation. Its symbolic dimension is also very important. One shouldn’t be surprised that it was ANA, a Japanese company, that was the first to reception a 787. The event, nothing less to the Japanese, was widely covered by the Japanese media during the fall of 2011. The departure from the USA and the arrival in Japan was broadcast on television and in newspapers, and many articles highlighted “made with Japan” and its importance for the future of the country, as Japanese high technology was thus promoted through a commonly wellexported product. This allows for other developments to be considered in the sector of aeronautics. While the 787 was ready for take-off, Mitshubishi was already launching the a medium-haul airliner reminding of the YS-11. With MRJ (Mitsubishi Regional Jet), the Japanese company that contributed to the 787 is hoping to update made in Japan aeronautics. Already very implicated in developing the 787, ANA has placed a few orders to MRJ that should be operational by 2015.