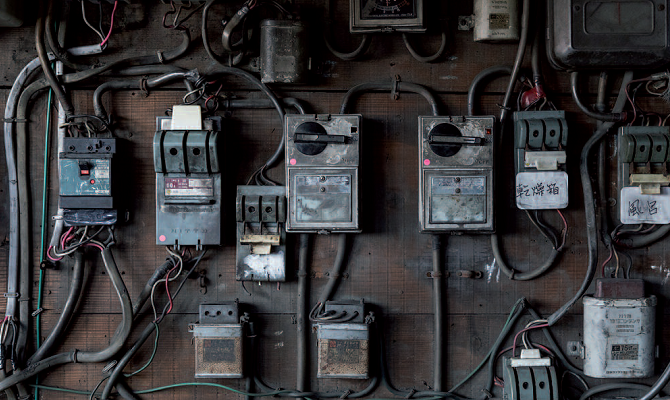 Large multinationals rely on a fund of know-how in the nations’ small business enterprises, despite the latter’s sometimes old-fashioned ways of working.

For a long time they were held in low esteem, but now small local factories are gradually finding favour with the Japanese again.

Despite the difficulties of the last few years, Sony remains one of the leading companies in Japanese industry. It has factories around the world and employs hundreds of thousands of people. Its gigantic size has meant people have forgotten its humble origins in 1946, when it was founded by Morita Akio and Ibuka Masaru as Tokyo Tsushin Kogyo, as only one of the hundreds ofmachikoba (small local factories) in the district of Nihonbashi in Tokyo. Housed in a building of just 10 square metres, the two men were set to transform their company into an international giant in the world of electronics and entertainment. Sony’s success was largely due to the transistor, thanks to which they created portable radios small enough to fit into millions of people’s pockets throughout the world. However, there are regrettably few examples of machikoba like Sony, which have become multi-national companies. Besides, the reputation of these small local companies, where values such as hard work and commitment reign supreme, became tarnished over time in comparison to the larger firms where ambitious young graduates dreamt of pursuing a career. The latter offered competitive salaries, better bonuses and longer holidays compared to machikoba.
However, when the economy took a turn for the worse at the beginning of the 1990s, the Japanese changed their views about these companies, which represented the industrial backbone of the country. Although they weren’t able to avoid the crisis completely, due to a dependency on the activity of larger companies, the reputation of these small and industrious businesses has once again come to be respected in certain quarters. An illustration of this is the incredible success story of Shitamachi Rocket (Shitamachi roketto), a novel by Ikeido Jun. Published in 2010, it sold more than 1.3 million copies and has benefitted from two TV adaptions, in 2011 and 2015, and a radio show. The novel tells the story of a machikoba which has to fight for survival in the face of larger predatory companies, and although fictional, has reawakened interest in these small businesses, which have helped the economy to take off again thanks to their innovation and the quality of their work.
Confronted with difficulties of all kinds, some of these companies’ bosses have seized the opportunity in an attempt to remind people of their importance to the country. They’ve shown initiative, proving that they can still surprise people and be at the cutting edge of technology. Even though some machikoba sometimes appear to be ghosts from the past due to the old-fashioned way they are organized and run, they offer reassurance to a growing number of young people who think they can provide a more welcoming and sympathetic workplace compared to large, faceless companies. This new generation also recognize their key values such as respect for hard work and always striving to do better. The return of machikoba to the foreground might well help a few more experience the same destiny as Sony.
ODAIRA NAMIHEI