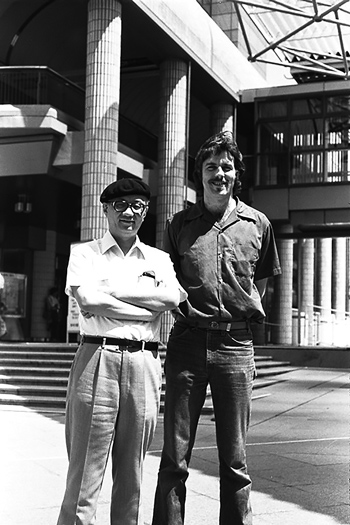 One of the first to discover pop culture and popularize it, Frederik Schodt looks back on his illustrious career.

Author and translator Frederik Schodt is famous for having worked for many years with Tezuka Osamu, the god of manga. But for many comic fans like me, Fred himself is a god, as he has helped spread the word about manga around the world, starting with his seminal book Manga! Manga! published in 1983 when people in the West didn’t even know what the word meant. Schodt, by the way, has recently translated Ban Toshio’s massive manga biography of Tezuka, The Osamu Tezuka Story. Originally published in Japan in 1992, and coming in at over 900 pages, the book is, according to Schodt, an informational and biographical manga that both explains Tezuka’s work and who he was as a person.

In the more than 30 years separating these two books, Japanese comics have conquered the world – something that never ceases to amaze Schodt. “When the time came to decide the title for my first book, I had a discussion with future Stone Bridge Press founder Peter Goodman, who at the time was my editor at Kodansha International (RIP – GS),” Schodt said. “He suggested we use the word “manga.” I was actually against it because I was afraid people would mistake it for an Italian word for eating. Consider that, at the time, nobody in the States even ate sushi. Eventually, he won the argument, but that shows you how different things were at the time.

In the beginning, most people, including me, believed that in order to publish manga in translation they had to make them look as much as possible like American comics. All the artwork should be “flopped,” or mirror-imaged, in order for the story to be read left to right instead of the original rightto- left order. Also, we needed to add many notes to explain Japanese cultural concepts. But now readers actually get upset if the artwork is flopped. Now they want the original thing because it feels more authentic.”

Schodt first arrived in Japan with his family in 1965, when he was 15, but didn’t encounter manga culture right away. “I spent two and a half years in Tokyo and graduated from the American School in Japan, but I didn’t speak Japanese,” he said. “Maybe because of that, I don’t remember seeing manga during that time. It’s also true that even in Japan they were not as ubiquitous as they are now. Then I went back to Japan in 1970, and that’s when I decided to study Japanese intensively for a year and a half at the International Christian University. By this time, all the people around me were reading manga – the kind of sophisticated, more adult-oriented stories that were becoming popular at the time. It was like a generational badge of honour, a little bit like listening to rock music back in the States. In the beginning, I read Akatsuka Fujio’s comical manga. He published Tensai Bakabon (The Genius Idiot), and I just loved it. They were like American-style comics. I also read Kawasaki Noboru’s Isamu the Wilderness Boy. A while later, I began to read Tezuka Osamu’s Phoenix and became a big Tezuka fan. That was a real eye opener, because I had no idea comics could also be about serious themes. I was 20 years old and there were things in Phoenix that really resonated with me, like trying to figure out my life and the world around me.”

Schodt finally met Tezuka about seven years later when he was already working in Japan as a professional translator. “A few friends and I began to translate manga to make them better known around the world,” he said. “We approached a few manga artists and asked permission to translate their work. Among them was Tezuka. He was very nice. He wanted to know why we were interested in manga. Anyway, we gave Tezuka Productions the first five volumes that we had translated of Phoenix, and they stored them away for 25 years until they were finally published in 2002 by US firm Viz Media. That was basically my first manga translation. We also worked on Matsumoto Leiji’s Senjo (Battlefield) series, but unfortunately it was never published apart from a little extra item in Manga! Manga!” 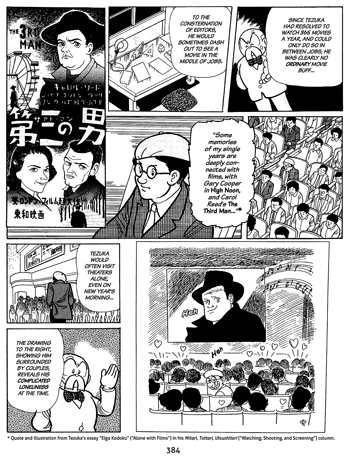 Eventually manga became a huge phenomenon. In Japan, they peaked around 1996, when about 40% of all books and magazines published in Japan were manga. In comparison, comics in America have never risen above 5% of the market. “Today, though, the situation is very different,” points out Schodt. “Very few people on the train read manga now. So the manga market is definitely contracting – especially magazine sales. This doesn’t mean they are going to disappear, but we may look back on this period and think of manga as something like ukiyo-e (woodblock prints) – as something that flourished in the late 20th century, and then transformed into something entirely different.”

According to Schodt, even the work of the manga translator has changed drastically since 1977 when he began translating manga. “In general, I think the role of translator has been degraded quite a bit. Certainly, manga translation pay rates have gone down, and to a certain extent quality, too,” he said. “Now on the Internet there are people who translate manga on a voluntary basis. The whole scanlation movement (fan-made scanning, translation, and editing of comics) is a very controversial area, and I have mixed feelings about it. It’s good on one level because it helps popularize manga abroad. On the other hand, of course, it’s bad for business. After all, it’s not authorized; it’s illegal and the artists don’t earn anything from it. I guess one important factor is that most manga and anime fans are young people in their teens and 20s who don’t have a lot of disposable income. They are willing to put up with lower quality if this allows them to read or watch what they want. It’s also true that scanlation serves as a sort of free market research: by checking how many times a work has been watched or downloaded a publisher can have a good idea about its popularity, and then invest money in putting out its own official edition.”

Talking about Ban’s 900-page biography of Tezuka, Schodt says that it took him about one year to translate the whole book “but, of course, I was doing other things at the same time because you have to make a living after all. As popular as manga and anime are today, I know very few people who actually make a living translating manga and anime exclusively; most are forced to work in other areas as well.

Anyway, it was a lot of fun to do, but the supplementary material at the back nearly killed me. In the original version, there are about 40 pages listing everything Tezuka has ever done (manga, anime, posters, calendars, etc.). It was incredibly hard to do. There’s nothing more difficult than translating titles, because you have to check and double check everything: Was it ever translated? Was it translated correctly? All these things. There are so many decisions you have to make, and you have to do a lot of research.”

People often asks Schodt why he doesn’t write a biography of Tezuka. “The problem is, he was so prolific and almost superhumanly productive that trying to represent his life in just one book is an overwhelming task,” he said. “Ban-san actually did a fabulous job. Ban had worked as Tezuka’s ‘sub-chief assistant’, as they call it in Japan. As a result, he not only knew him well but could even draw on Tezuka’s style. Besides, he had access to all the archives and interviews with people who knew Tezuka, etc.”

Schodt has also translated many non-Tezuka works including Ghost in a Shell, so it was just natural that he ended up talking about the recently released American live-action version starring Scarlett Johansson. “I spent a lot of time working on Shirow Masamune’s manga works; I spent a few years delving into Shirow’s mind, so to speak, so I was very interested in seeing the live-action film. I saw it twice and I thought it was flawed in some ways. First of all, the casting was wrong. But my main criticism is that Shirow has a wonderful sense of humour, which is reflected in his manga. All this got lost in the film – and even in the original anime, for that matter. This said, the film is fun and it’s always difficult to make a film from a manga anyway.”