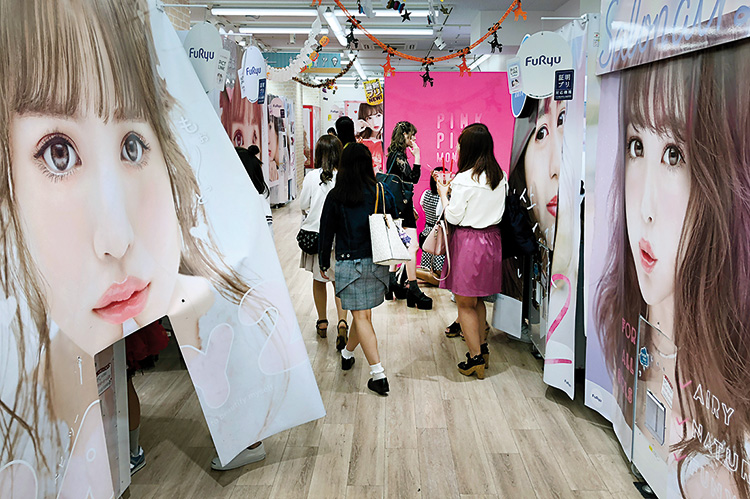 Since they were launched in 1995, the popularity of purikura hasn’t waned. These “Print Clubs” developed by Altus and Sega continue to attract numerous fans, particularly young girls, who often use them to have their picture taken with their friends. These booths, which can be found almost everywhere now, allow them to feature in humorously decorated snaps.

The authorities hope to attract around 340,000 immigrant workers during the next five years. To facilitate their entry into the country, two new visas will be introduced from april. The second, offering significantly better conditions, will target those who are more highly qualified.

WHALE The return of commercial hunting

The government has announced its decision to withdraw from the International Whaling Commission in order to resume commercial hunting of marine mammals this year. It will be restricted to japanese territorial waters and economic zones. The announcement has given rise to widespread criticism from conservation agencies and countries such as australia.