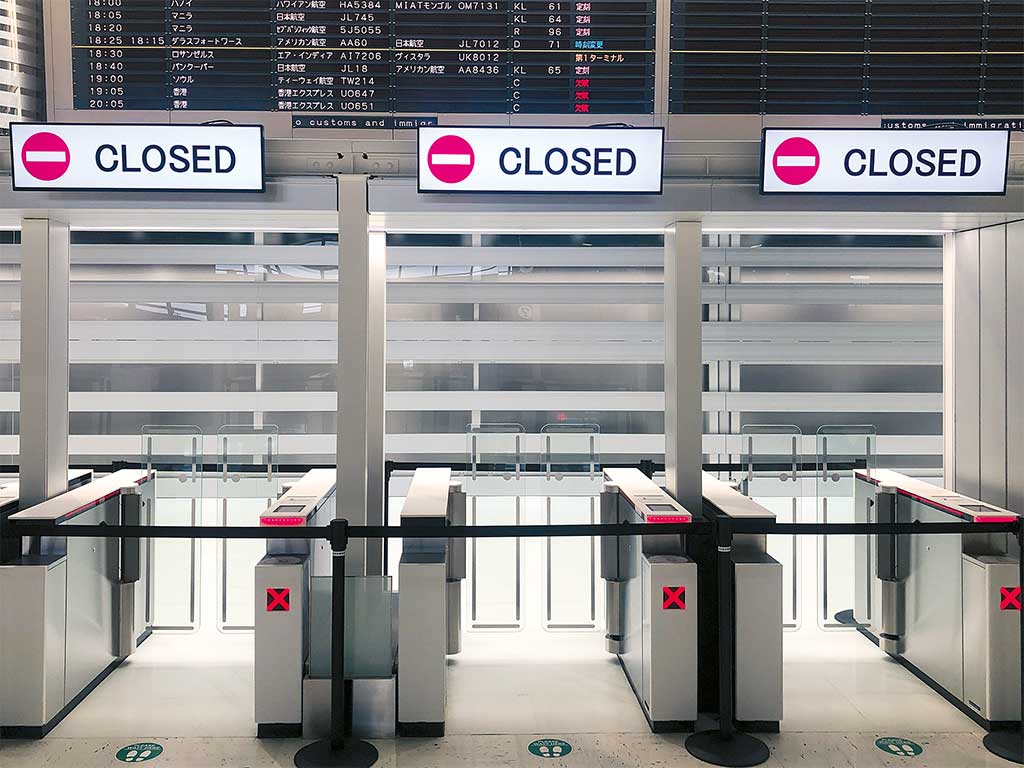 The Japanese government has finally decided to reopen the country’s borders, but for how long?

In response to the situation in Ukraine after Russia invaded the country on 24th February, the Japanese Post Office decided purely and simply to suspend all airmail services to Europe. This decision, which might have been lifted by the time this issue of Zoom Japan appears, is yet another example of Japan’s penchant to cut itself off from the rest of the world as it did for just over two hundred years from the start of the 17th century. At that time, it was all about protecting the country from the harmful influences of Spanish and Portuguese clerics, which might have challenged the authority of the shogunate (hereditary military government), perhaps even harmed the country’s hard-won unity. This period of the country’s closure (sakoku), though it was only partial, has left a lasting effect on the mind-set of the Japanese who seem to like the idea of turning inwards in order to escape harmful outside influences.

Despite a recent period in history between the end of the 19th century to the middle of the 20th century, during which Japan was tempted by the wrong kind of expansionism which ended in bloodshed, the country maintained a taste for social segregation. Even when it became one of the world’s leading economies, it cultivated the idea that any outside influence would be incompatible. It’s worth remembering the argument in the 1980s that skiing equipment from France should be banned as Japanese snow was different from European snow. Through this anecdote which is an example of the very popular protectionist tendency during this period, it’s possible to see the emergence of a belief that Japan can thrive only by focusing on its own resources.

However, in recent years, Japanese authorities have come to understand the importance of having confidence in the outside world to help restore the momentum lost after the financial bubble burst in the early 1990s. One sector they gambled on helping to achieve this is tourism. In the space of a decade, the number of foreign visitors rose fivefold, to more than 6.7 million in 2009 and almost 32 million in 2019. That might have given the impression that the country was ready to open up and cast aside its closed mindset despite some signs to the contrary such as when some Kyoto residents (rightly) clearly demonstrated their frustration with the presence of overwhelming numbers of tourists. Sadly, the Covid-19 pandemic has revived the spirit of sakoku. Public opinion has been very critical of the Abe and Suga governments, which wanted the Olympic Games to go ahead at any cost, and then praised their successor Kishida Fumio when, with the arrival of the Omicron variant in the autumn, he decided to introduce even stricter lockdown measures than in the previous months.

Though border restrictions are very gradually being lifted, it’s obvious we have not seen the last of sakoku and that it will continue to manifest itself in one way or another.