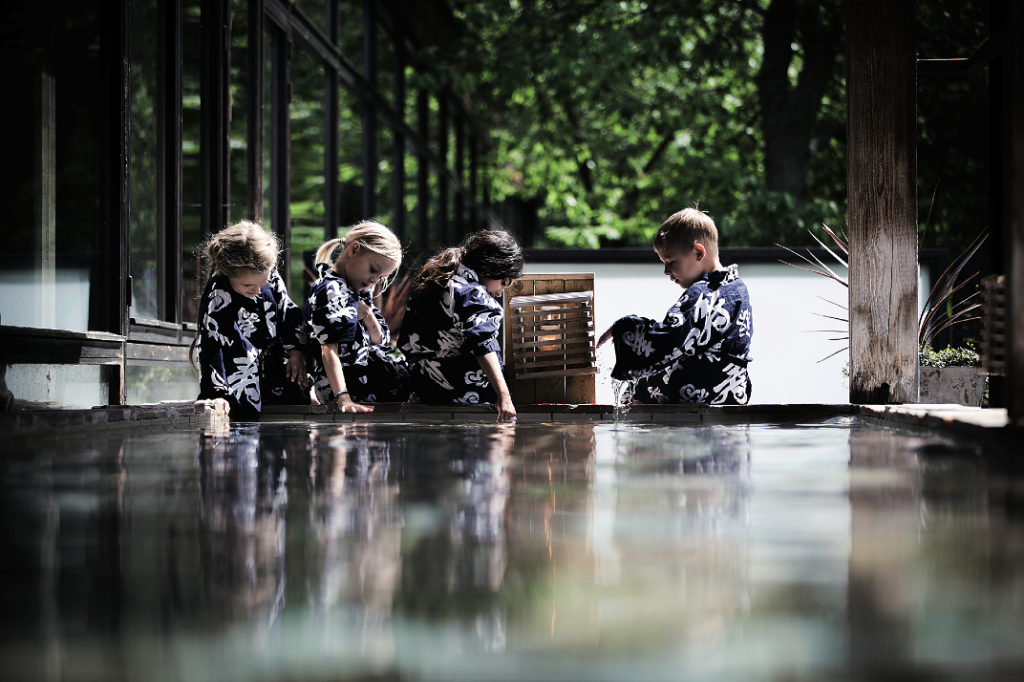 Zoom Japan will be taking you on a tour of Japan right here in Europe. Our first stop is in Scandinavia.

If there is one country in Europe that most resembles Japan, it’s Sweden. Not only do Swedes have a similar relationship with nature as the Japanese, but Sweden is also famous for its design, just like Japan. The work of Japanese potters is equal to the best that is produced by Swedish glass blowers and both groups of craftsmen religiously ensure that their respective traditions are maintained and perpetuated. Does this explain the merger between telecommunication brands Sony and Ericsson a few years ago, or why the Japanese authorities have closely studied the Swedish social system to help manage their own ageing population? After a few days spent in Sweden, similarities with Japan become evident, and they’ve probably become more obvious over the past few years, with Japan’s increasing interest in many European countries, including Sweden. However, unlike France, the U.K. and Italy, the three countries in which local editions of Zoom Japan are distributed, Sweden has not experienced the same craze for manga and anime. In 2003 the Scandinavian media groups Bonnier (from Sweden) and Schibsted (from Norway), came together to launch a Swedish version of Shonen Jump, the leading Japanese manga magazine. Simon Lundstrom confirms that it’s a daring challenge for a somewhat limited market with a population of only 9 million. In 1992 Lundstrom was one of the founders of Mangakai, the oldest network of Swedish manga fans. The two partners have also edited two other magazines: Manga Mania and Shojo Stars. The venture only lasted 5 years, but it has undeniably triggered the Swedes’ interest in Japan and its culture. 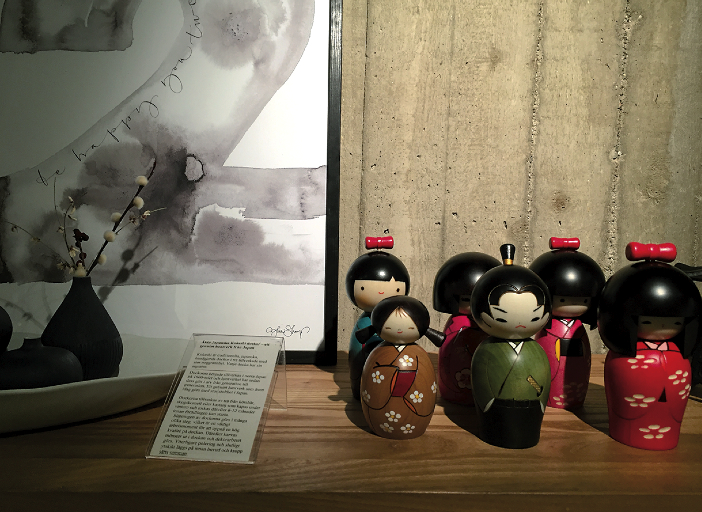 Today, that interest manifests itself in other ways. One of the most surprising is Yasuragi, just 20 minutes from Stockholm in HoggarnsfjardenBay. It’s the largest ryokan (Japanese inn) outside of Japan, but this elegant building, designed by the Japanese architect Kasajima Yoji, was initially built for other purposes. Sweden is a nation of social democracy and it was commissioned as a conference centre for LO, the main trade union confederation. However, with the economic crisis and a decline in membership, the union decided to sell up. Inspired by Japan and its way of life, Lena Tryggstad transformed the building into a Japanese-style hotel in 1997, complete with Japanese baths. In 2006 it was taken over by Nordic Choice Hotels, one of Scandinavia’s most important hotel groups, and Yasuragi continued its metamorphosis into a ryokan. The rooms are designed to look like some of Japan’s best inns, and are equipped with wooden bathtubs. Wearing a yukata, a light cotton kimono worn in Japan while strolling around, is encouraged at Yasuragi – and the guests even get to keep them! “Over a million of them have been given away since we opened,” says press-officer Kersti Olophsdotter. 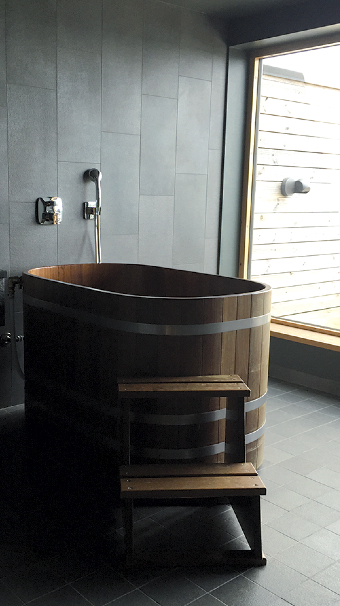 The rooms are equipped with wooden bathtubs.

“I was recently amused to see a senior official from the Swedish army wearing our yukata whilst being interviewed at home,” she adds.

Throughout their stay, everything is done to surround the guests in an environment where they can fully experience the Japanese way of life. For example, a short ‘lesson’ is given during which the art and behaviour of public bathing is explained. The only difference to bathing in Japan is that they are expected to wear a swimsuit or shorts, which are provided by the hotel. Nudity is restricted to the big baths in each of the large bathrooms. One can also enjoy the rotenburo (outside baths) in true Japanese style. They overlook the extraordinary landscape and are a great way to relax, feeling as though you’ve been teleported to the other side of the planet. Yasuragi’s staff regularly travel to Japan to “soak up the quality of service,” says Ms. Olophsdotter. The hotel offers the guests a wide range of activities to help them become acquainted with Japanese culture, and the food is also of a very high quality. The large variety of Japanese dishes on the menu, sometimes accompanied with a Swedish sauce, will appeal to even the most delicate of palates. The planned opening of a sake bar will complete this experience for all the senses and will ensure that Yasuragi is on a par with the best ryokan in Japan. “Some people come for a day trip, but most guests stay a night or two. It’s the best way to unwind,” says Olophsdotter. On leaving the hotel by a narrow path that leads to the little harbour of Hasseludden, from where you catch the boat back, you can take a little stroll through a “Japanese garden” that overlooks the Baltic Sea. 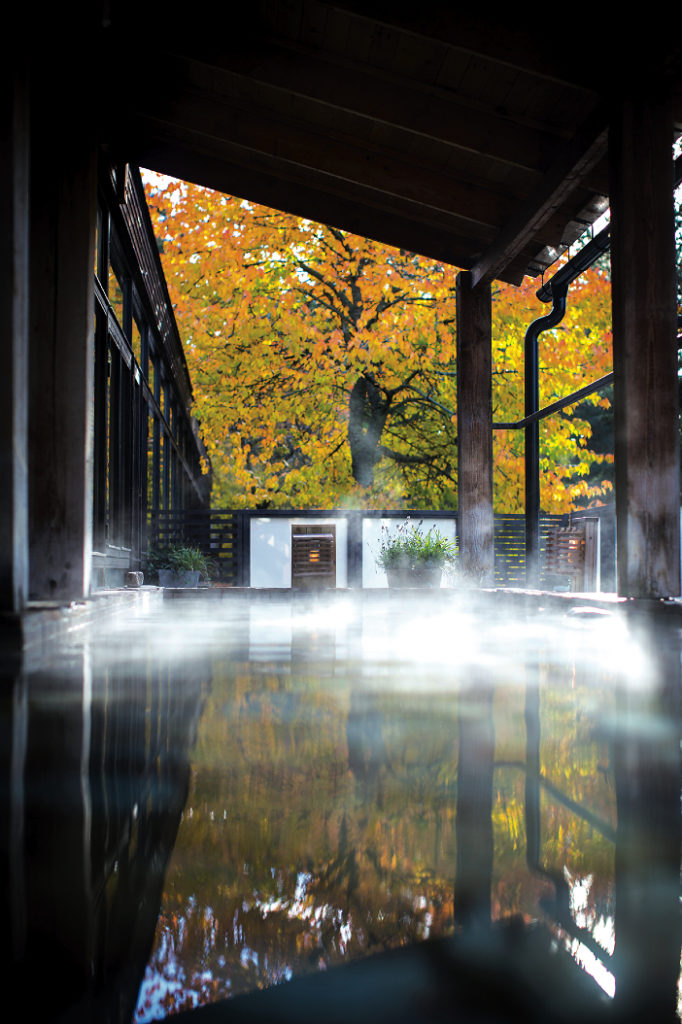 It feels like being transported to a Japanese ryokan.

A Japanese experience in Stockholm isn’t limited to this beautiful ryokan however. You can prolong it in one of the many restaurants that have opened in the Swedish capital. Similar to other European cities, there are dozens of sushi bars thatare best avoided. You should be wary of exotic names, such as Panda Sushi Bar or Sushi Bar Yin Yin. However, don’t hesitate to stop at Blue Light Yokohama. It’s located in Sodermalm, Stockholm’s bohemian district, and owes its name to Ishida Ayumi’s famous song, which was a hit in 1968. This restaurant offers simple but refreshing food reminiscent of the best restaurants in Tokyo’s popular districts. On Sundays they serve delicious ramen, such as tonkotsu yuzu ramen for 155 Swedish kroner (£13). If you would prefer to enjoy this cuisine in one of the city’s many parks, Blue Light Yokohama also sells bento for 95 Swedish kroner (£8.50). Another highly recommended place to eat Japanese cuisine in Stockholm is located in Ostermalm. Rakultur opened in what was previously a school, and it has become one of the city’s major restaurants. It is managed by a team of Japanese, Chinese, Thai and Mongolian chefs, and displays a mouthwatering menu offering numerous Japanese options. The main difference is in the ingredients, which are largely sourced locally. The fish, vegetables and condiments are Scandinavian, but their preparation is Japanese with a Thai or Chinese twist. The food is sophisticated, but it’s not the cheapest you can get. The portions are generous but you can still expect to pay 175 Swedish kroner (£16) for a chirashi sushi or 70 Swedish kroner (£3) for a temaki sushi – though both are quite delicious.

Japanese culture can also be discovered in Stockholm at regular exhibitions, such as one organized by the Ethnographic Museum this summer. Great Japanese artists also often exhibit here, such as Kusama Yayoi at the Museum of Modern art (until September the 11th). Japan can even be found in the great writer August Strindberg’s apartment; like many of his contemporaries at the start of 20th century, he showed great interest in Japanese art. There are many places in this most pleasant of European cities to immerse yourself in all things Japanese.

How To Get There
The easiest way is to catch a plane. It takes about 2h30 to fly from London to Stockholm, with low-cost flights from £50 to over £100 with non-budget airlines.