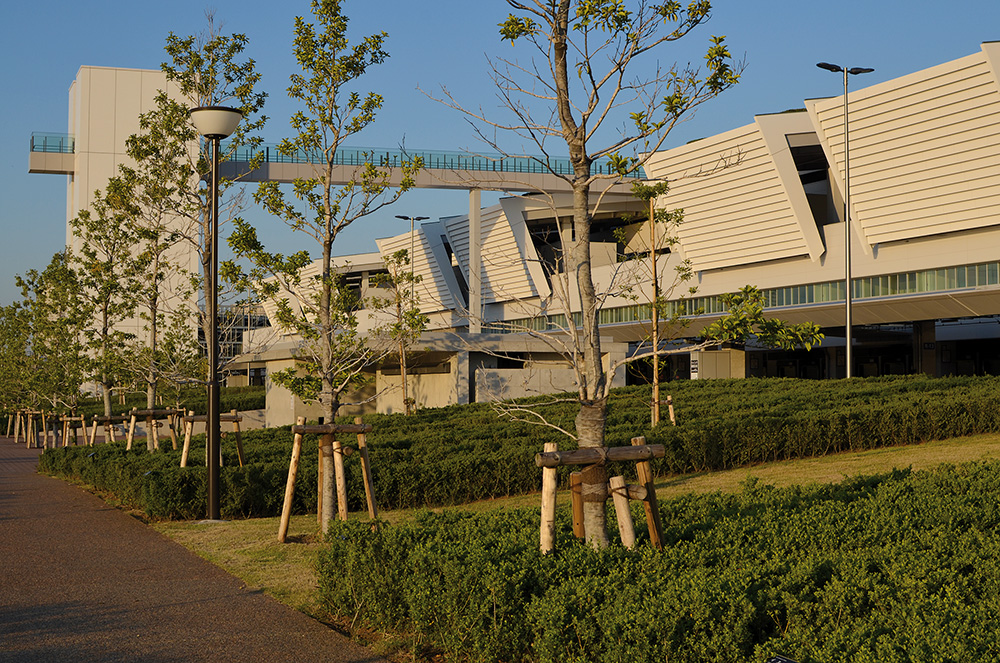 built over an area of 41 hectares, the capital’s new market cost around £4.1 billion.

The new fish market is still facing comparison with Tsukiji, which remains a very lively location.

at the beginning of October 2018, after interminable delays, Toyosu fish market took over from the venerable Tsukiji market. More than 900 businesses relocated to brand-new, spacious and sanitary premises situated in Koto ward, on land reclaimed from the sea. The atmosphere changed suddenly and dramatically. The legendary chaos that had unfolded without a hitch every morning for more than 80 years in dilapidated surroundings open both to the wind and, especially, countless tourists, finally gave way to meticulous organisation and an unrelentingly strict hygiene regime. Now, at the beginning of spring 2019, the Tsukiji restaurant owners who stubbornly refused to move to new premises in Toyosu in the autumn of 2018 appear to have turned their businesses into trendy new nightclubs. In fact, though the place formerly came alive at around 04:00, when the sound of the bell would announce the start of the tuna auction, it’s now around 20:00 that the young Tokyoites crowd into the restaurants and bars during the week, and in even greater numbers at the weekend.

Following the example of Copenhagen’s celebrated Kødbyen district, formerly a large livestock market, it seems the old site has gradually become a venue for night-owls and partygoers. It wouldn’t be surprising if it were to become a hotbed of musical and artistic creativity in the future. Certain places stand out due to their growing popularity and success including, in particular, bars like Tsukiji Baccanale Tokyo, and restaurants including Itadori Uramise, Marukita and Takeno. While the authorities start new building projects every month to regenerate the area, some people fear that after the 2020 Olympic Games, when a temporary bus terminal will be built, they plan to demolish all the remaining buildings. One thing is certain, considering the very high cost per square metre to the west of the city centre, property developers will have to put strong pressure on local political leaders as soon as possible in order to get hold of the area of more than 23 hectares of land that will eventually be freed up. Perhaps, in the near future, we will see film shoots as there were after the demolition of Les Halles in Paris at the start of the 1970s. Léo Carax, for example, could be inspired by the setting of Marco Ferreri’s Don’t touch the white woman!, shot in 1973 on the site of Les Halles (a former market area in central Paris), to set up the framework of a regrettable expansion to the west of the city under the pretext of urban renewal, thus causing the poorest to be chased out of the city centre. And that’s not all: a decision to re-classify the status of the site could soon be on the cards, and opposition to the demolition could intensify after the Olympic Games are over… Tourists, for their part, would be delighted to see the legendary location preserved, maybe restored as art galleries, an enormous contemporary museum or a new gastronomic theme park. To ensure the Tsukiji site, just a couple of steps away from Hama-rikyu, one of the most beautiful gardens in Tokyo, maintains its allure, must remain a priority! 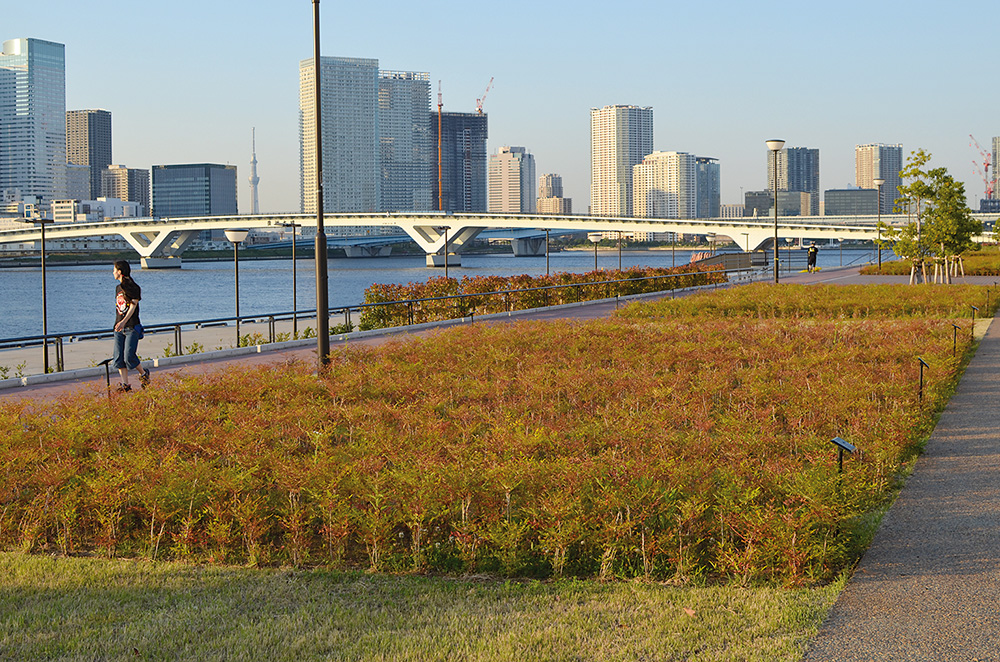 Some practical changes are needed to attract tourists in larger numbers. 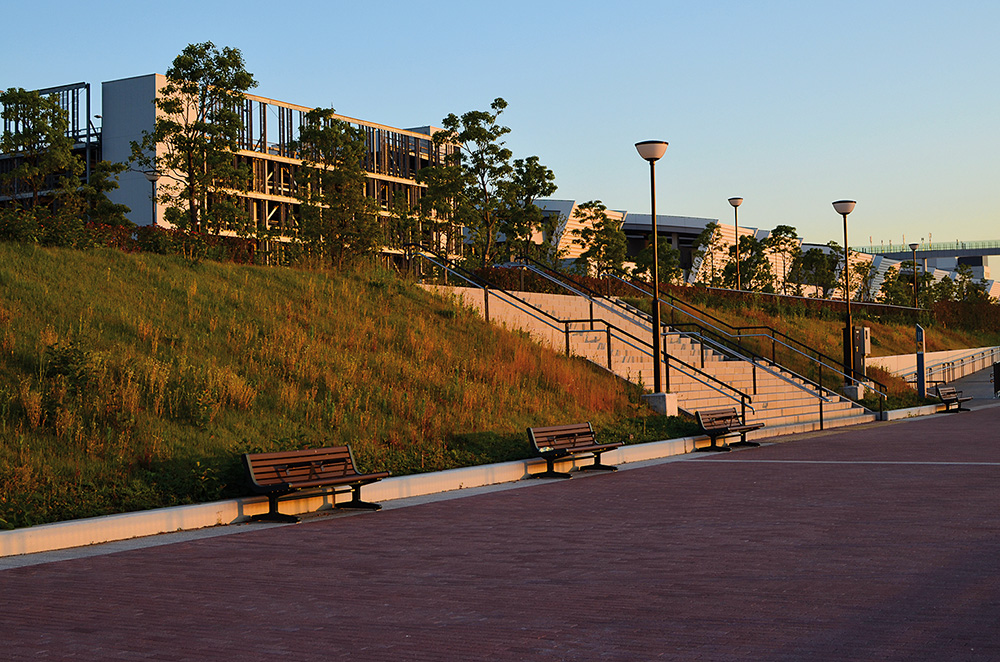 At present, the new district is not attracting crowds of people.

The opening of the new Toyosu market was beset with difficulties: widespread logistical problems, poor management of the 3,000 tons of daily goods (fish, fruit and vegetables), lack of parking space for lorries, monster traffic jams on its outskirts… All these problems, referred to as teething problem, are now a thing of the past. The new market situated in an area of 41 hectares, costing £4.1 billion, now runs like clockwork, or almost. The only cloud on the horizon is how to accommodate tourists. Visitors to Tsujiki market could just turn up at 05:00 to experience the first few intense moments of the tuna auction, while at Toyosu, it’s now mandatory to register in advance, and there is a maximum quota of 120 people per day. Furthermore, in Tsujiki, the whole event could be enjoyed in close proximity of the professionals. For reasons of hygiene, the auction can now only be viewed from a glass-fronted observation platform. As a consequence, visitors are avoiding the observation platform with its limited access, and prefer to crowd into the glazed overhead walkway on the second floor. This allows them to enjoy the impressive dance of the electric trolleys with their large steering wheels as they move at high speed in the centre of multiple bays. In order to solve the problem, drastic solutions were introduced in January 2019: easing the visiting regulations, increasing the quota of authorised visitors, understandable English signage… There’s only one downside: it would be wise to bring forward the opening time of the metro line to 04:00 as, at the moment, it opens at 05:00, depriving the tourists of those first intense, precious minutes at the start of the auction. The Uogashi Yokocho building (the former small indoor market at Tsukiji) is interconnected with Shijo-mae metro station. It was struggling to attract visitors and most of its aisles remained deserted. This spring, however, the shops (70 in number at present) and restaurants (a total of 38 at present in the 3 buildings) in this tourist shopping area are now almost full to capacity. All the elements to ensure tourists receive the very best welcome are finally in place. All the new venues continue in the search to establish their own identity, but Toyosu will have to suffer several more years of comparison with Tsukiji, whose atmosphere is still more human, warmer and more lively, although it should gradually increase its ability to attract and seduce visitors. For the past 6 months, sashimi addicts and lovers of good food have been delighted. They all agree that the seafood is exceptionally fresh! 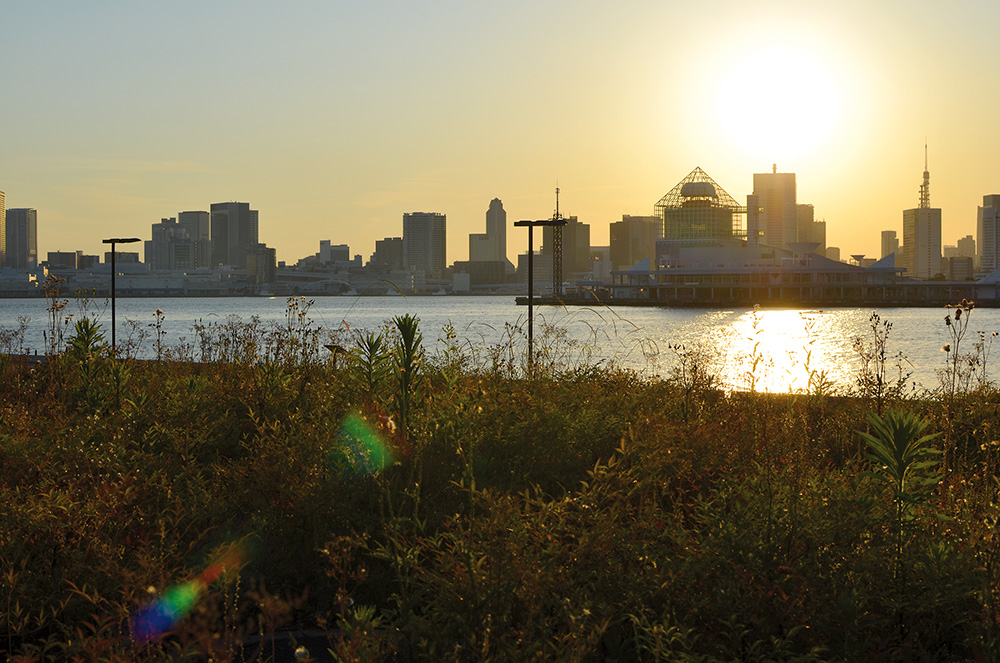 For lovers of sunsets, Toyosu is a particularly good place to take great photos.

On the roofs of the three buildings of the new Toyosu market, all connected by overhead walkways, visitors have access to the “Roofgarden”. From this aerial position, covered in large areas of grass, they can enjoy a stunning view of the Rainbow Bridge, a beautiful white suspension bridge in the middle of the bay and, when the weather is good, Mount Fuji can be seen on the horizon. The architectural firm that created the project wanted to set the tone: a fusion of architecturally outstanding modern concrete structures within the surrounding natural environment, a green space suspended over the water. The formal design of the contemporary Toyosu Gururi Park below the suspended garden is based on a symmetrical layout with straight lines and level geometrical shapes. Though it has appeared somewhat sparse and incomplete since its creation in 2017 – 18, the vegetation has gradually matured and is looking very attractive this spring. The park is laid out in rows of alternating species of local trees, with vast landscaped areas and large rectangular flower beds, and is huge enough to get lost in. As in botanical gardens, there are signs with details in Japanese and English with the name and origin of each plant. It feels like taking a real journey through all the different kinds of flora in the Archipelago while walking through a landscaped labyrinth. The good news is that the park remains open day and night, unlike the market. At its edge, there is a long, attractive promenade running along the Harumi Canal for more than 2.5 kilometers, to the delight of those who love walking, jogging, cycling or roller skating. It’s not dissimilar to the celebrated Brooklyn Heights Promenade in New York, minus the noise of the motorway. It’s a great opportunity to be outdoors, and offers you a unique chance to relax or have a picnic in front of one of Tokyo’s most beautiful panoramas. This unparalleled view is one of the best places to take photos of magnificent sunsets, with the water of the canal in the forefront and, a little further away, the Sumida River, the bay, and the red tinted reflections on the city’s impressive skyline. In June and July, the sun disappears in the west as if by magic behind the silhouette of the Tokyo Tower. Just as in Manhattan, as night slowly starts to fall the skyscrapers start to light up. The latest figures of visits to the site, which continue to rise, reinforce the idea that Tokyoites are gradually getting used to this new urban space, just like the tourists who have already been largely won over.

TO GET THERE:
It’s advisable to take the Yurikamome line to shijo-mae station. Then entry is directly via the raised walkways.

HOURS:
open from monday to saturday from 05:00 to 17:00. However, it closes on certain dates.
details on the website:
www.shijou.metro.tokyo.jp/calendar/2019/
Closed annually from 31 December to 4 January.