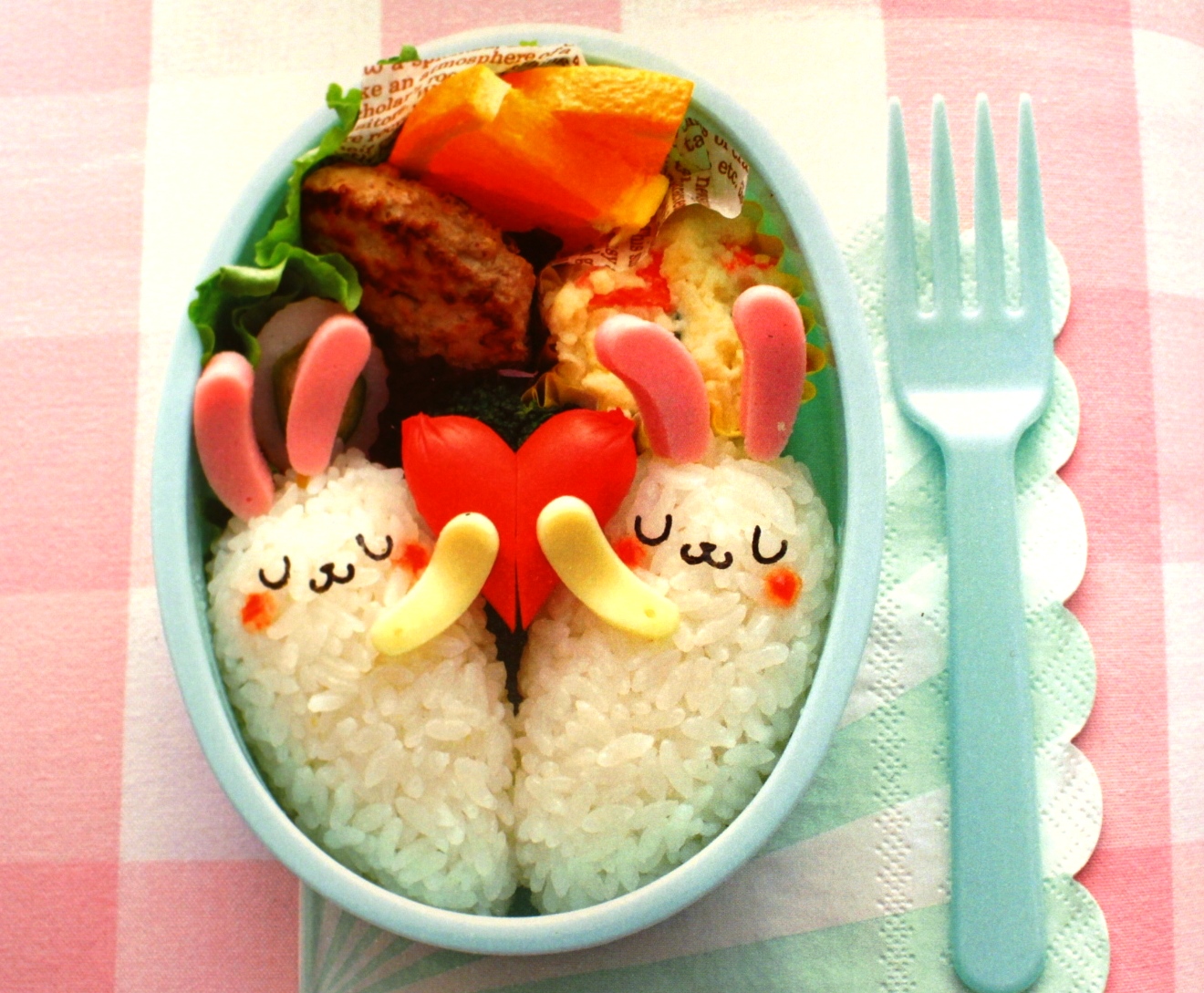 A tradition of creating lunch boxes that started in kabuki the at res now permeates daily Japanese life.

In the U.K., many people associate the word ‘lunchbox’ with their school days; soggy sand wichesand well-intentioned but clearly past-it fruit that are often discarded in favour of less healthy options. The reputation of the Japanese equivalent, the“bento”, however, continues to see as urge in popularity, largely thanks to many photogenic examples being shared across the internet. The most popular iterations typically feature an impossibly diverse arrangement of wholesome ingredients,
morsels expertly carved to resemble popular characters, impressively realised seasonal tableaux, satisfyingly efficient uses of space or a combination of the above. Moreover, the boxes them selves,many boasting compartments and hidden places to store chopsticks, can often be as beautiful and neatas the food stored in them.

For many, the’ true’ bento is lovingly homemade by ones parents ora partner, but that doesn’t stop millions of factory-made versions flying off the convenience stores helves in Japan every day.The origin of the bento can be traced back to simple boxes of rice-balls that travellers would carry with them. These evolved into more modern styles, which originally appeared at the kabuki theatre,
where patrons would eat seasoned rice balls served in boxes during the more drawn-out and tedious scenes of along performance. The trend caught on and entre preneurs started selling similar lunch boxes at train stations, which in turn gave rise to the continuing tradition of ‘eki-ben'(lit: station lunch boxes). These are sold at most large train stations, usually showcase regional delicacie sand can feature very interesting box designs, often based on a local craft tradition. Asa rule,Japanese people don’t eat on regular commuter trains, but eating your ‘eki-ben’ is an essential part of any Shinkansen (bullet-train) ride.

If you can’t quite make it to arural Japanese train station, you could perhaps try your hand at a
home-made bento instead. There are no rules as to what ingredients to include, or which anime character you should carve your carrot into, so why not give it a try? Japanese specialist shop scan provide the authentic ingredients, such as ‘umeboshi’ (pickled plums) and you can also pick up some
ingenious, charming boxes in which to store your culinary creations. Certainly a more interesting lunch option than as uper market meal deal!