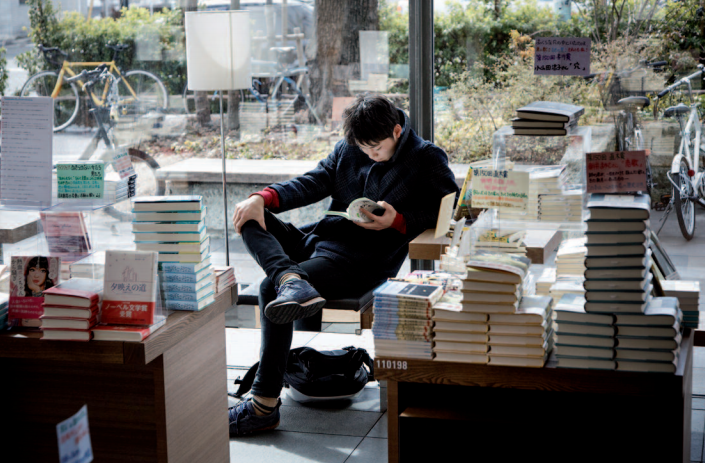 A good novel is sometimes better than reading fifteen essays to get the measure of Japanese society.

Literature is a great way to immerse yourself in Japanese culture.These authors confirm this.

As we celebrate the 150th anniversary of Natsume Soseki’s birth (1867-1916), who was considered to be a “custodian” by the late Professor Jean-Jacques Origas, it’s obvious that Japanese literature,which, of necessity, includes manga, is another way of taking stock of the current change sin Japanese society. At a time when the country is still recovering from the tragic events of 11March 2011,and some of the wounds are still healing,and while it’s having to face demographic,economic and geopolitical upheaval, we felt it would be interesting to turn to authors, so that they might give usan insight into what they think about the ircountry through the perspective of their own field of work. Some of them have already been translated, others not, but each has received recognition from the irreaders,who appreciate their views on society.

Of course, we should have liked to offer you an interview with Murakami Haruki, whose opinions,rarely voiced in public,are often the result of profound thought about his country.In his last novel published in Japan, last February,the author of 1Q84 revisits the delicate subject of history, which is the cause of so much controversy between Japan and its Chinese and Korean neighbours. In just a few lines, here calls the ImperialArmy’s resposibility for the Nanking Massacrein December 1937,earning him the wrath of some nationalists. But that matters little to him,as he’s aware of the importance of the subject for Japan’s survival in the future. But the man who’s thought to be next in line for the Nobel Prize for Literature rarely expresses himself, and when he does, as is only natural, he chooses more prestigious publications than our magazine. But there are other authors justas interesting in our opinion,and we have approached them for this special edition. Our idea was discover to their work and, at the same time, the way they go about painting a portrait of Japan today. The answers they gave help us highlight some of the main issues at stake.

As is the case with Natsume Soseki,we understand that authors are fascinated by the present, but that they’re not limited it. They can take a step back and offer us a clear, if some times frightening,take on the present state of affairs for us to read about. Japan faces many challenges. One of them, the issue of demography, predominates. In addition to the rapidly ageing population, which means that by 2065, 40% of the population will be aged 65 or over, there’s the question of why loving relationships appear to be disappearing throughout the archipelago. Many of the authors that we have met take a great interest in this issue, as they’re aware of its importance for the survival of Japan as a nation. It’s also interesting to observe that most of them are interested in what is taking place beyond the borders of the archipelago. Natsume Soseki was too, and he wrote in Gendai Nihon no kaika (The Civilizing of Modern Japan) that all social transformation was influenced from outside rather than from within the country, meaning that the changes were only superficial. A century later, this observation still rings true