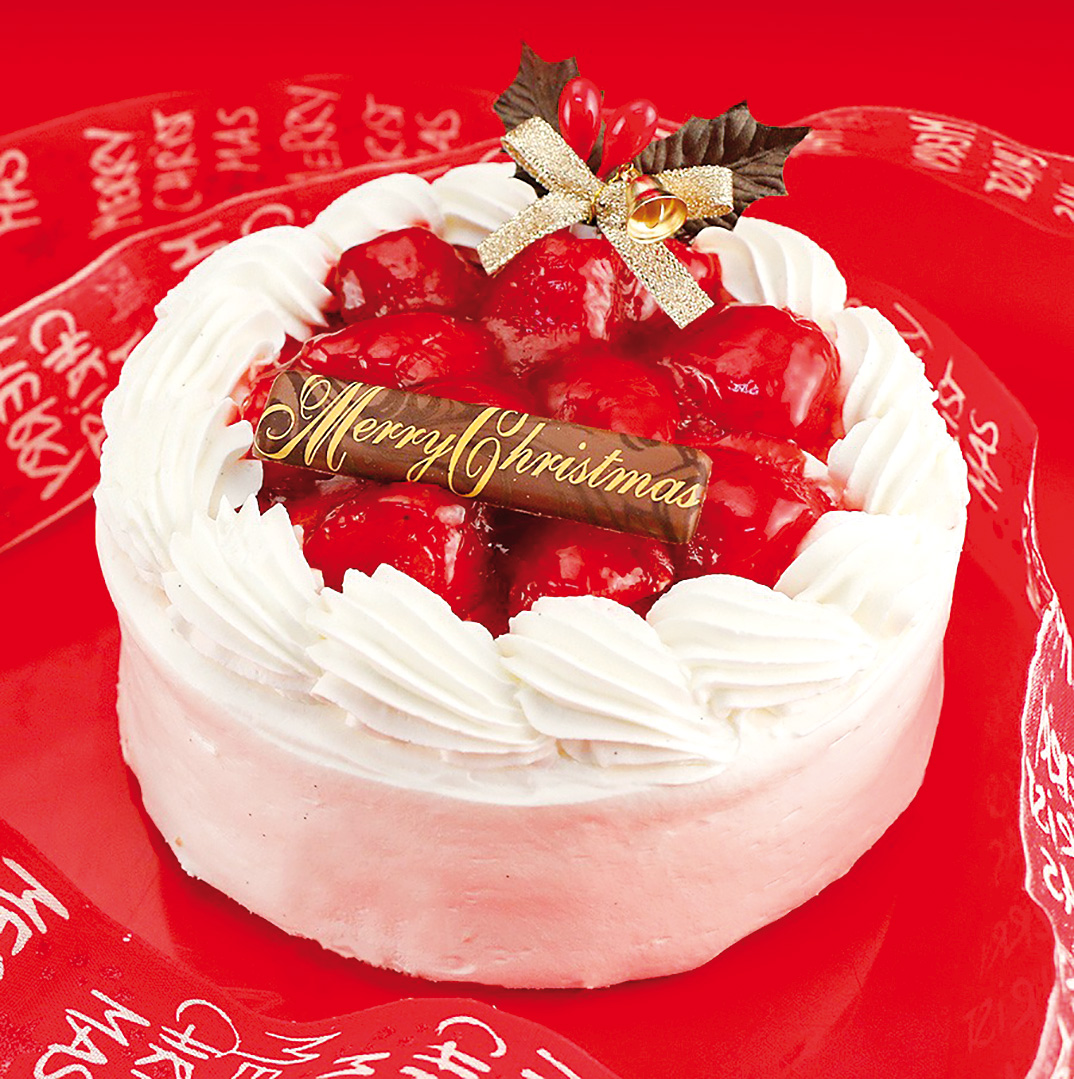 Strawberry cake, commonly known as shortcake in the Archipelago, remains the iconic cake of Christmas in Japan.

An imported tradition, celebrating on 25 December evolved due to the country’s socio-economic situation.

Japan has never been (and still isn’t) a Christian country, but Christmas, without the religious connotations, started to make a discrete appearance here from the beginning of the 20th century. It was at that time that advertisements featuring Father Christmas began to be seen. At the end of the 1920s, the large department stores launched “Christmas promotions” to encourage their clientele to buy goods specifically for the occasion.

Fujiya, the popular chain that sells Western confectionery, claims it is a pioneer in the Christmas cakes market as it sold them for the first time in 1910 when they opened their branch in Yokohama, a city frequented by foreign visitors. Western confectionary remained scarce and expensive at that period. What Japanese call Christmas cake became popular several years after the Second World War with the lifting of sugar and flour rationing. To begin with, most of these cakes were decorated with butter icing, which was gradually replaced by whipped cream during the 1970s.

At that time, strawberry sponge cake, or shortcake, was the king of cakes. Many Japanese are still very attached to this gluttonous indulgence. Growing strawberries under glass is very widespread, so that there are plenty for Christmas, and you could say that there are two strawberry seasons: in December-January and in the spring. Some people consider this cake owes its success to the combination of Christmas colours: white (cream) and red (strawberries), which also recall the traditional colours (kohaku, “red and white”) representing happiness and joy for the Japanese. Forty years ago, Christmas was for salarymen. In photos of the period, you can often see the image of a slightly tipsy man wearing a paper hat and holding a Christmas cake, a gift for his family so they’ll forgive him. The cake was for the children, and was often cheerfully decorated with a Father Christmas, elves, flowers and logs.

With the stock market “bubble” in the 1980s, the meaning of Christmas was revised. The day of the saviour’s birth rapidly became a St Valentine celebration. Young men gave Cartier pendants to their sweethearts and rushed to book rooms in luxury hotels, not forgetting to book them for the following year, even if they weren’t sure about still being with same girlfriend (because they’d always be needed whoever they were with!).

Of course, it was French food and confectionary that took pride of place at that time, as French cuisine had become so completely accepted in this period of abundance, but it suffered the consequences of the recession and was replaced by Italian cuisine, which was associated with simplicity and informality. With the financial crisis in the 1990s, Japanese awoke from their shortlived dream, and Christmas Day became a meal with friends or a loved one, either prepared at home or eaten in a cosy restaurant.

So what’s it like today? You could say that the Christmas festivities of yesteryear have been eclipsed by Halloween, however, the food and cake connected to the occasion have not disappeared. It’s even been stated that one of the characteristics of Japanese cuisine, which has gained UNESCO World Heritage status, is often closely connected to events. It’s true that the Japanese love festivals and rituals, which is the reason why their traditions have been able to survive. So why pass up another opportunity, whether imported or invented, to eat specific dishes? Though that’s not to say that those who prepare the food follow tradition, rather they view these rituals as an opportunity to have some fun, and the dishes could be said to become their “plaything”. And, of course, it’s not necessary to cook them yourself, it’s quite all right to buy them ready made. Today, a good example of this is the Christmas cake. After having tried every possible version of this celebration, the Japanese have no problem in enjoying all kinds of “playthings” on 24 December. Even though the classic “Japanese” tradition of Christmas cake such as strawberry sponge cake or Christmas roll are all in evidence, you’ll also find Yule logs made by French cake makers such as Frédéric Cassel, Pierre Marcolini, Pierre Hermé or Gilles Marchal. Luxury hotels have their own range of cakes to buy, and Japanese bakers also make their own Christmas cakes. Fruit cakes, even roulades, are firm favourites, and the Japanese preference for fruit, traditionally called “water cakes”, remains to this day.

We can also mention the fashion in cakes in general: a few years ago, Stollen was in vogue and available in patisseries as well as bakeries. It was valued for its long shelf-life and relatively affordable price, as well being easy to carry. The 24 hour convenience stores sell a range of cakes too, often cheap and small in size, for singletons, or couples celebrating together. Japanese patisseries have their own Christmas cakes made with green beans or green tea, and you can even find sushi made to resemble Christmas cake.

It’s not difficult for the Japanese to devise kawaii (cute) cakes; children’s cakes in the shape of bears, Hello Kitty or characters from animated cartoons… Even cats and dogs are allowed to be greedy with food shaped like cakes and Yule logs made with meat and vegetables. Nor is there a lack of Christmas cakes for those with allergies: no eggs, no milk, gluten free, low in carbs, low in calories… there are even halal cakes. With such a varied selection on offer, you could say that Christmas cakes are truly part of Japanese tradition.

Tell me which kind of Christmas cake you like, and I’ll tell you what kind of person you are…