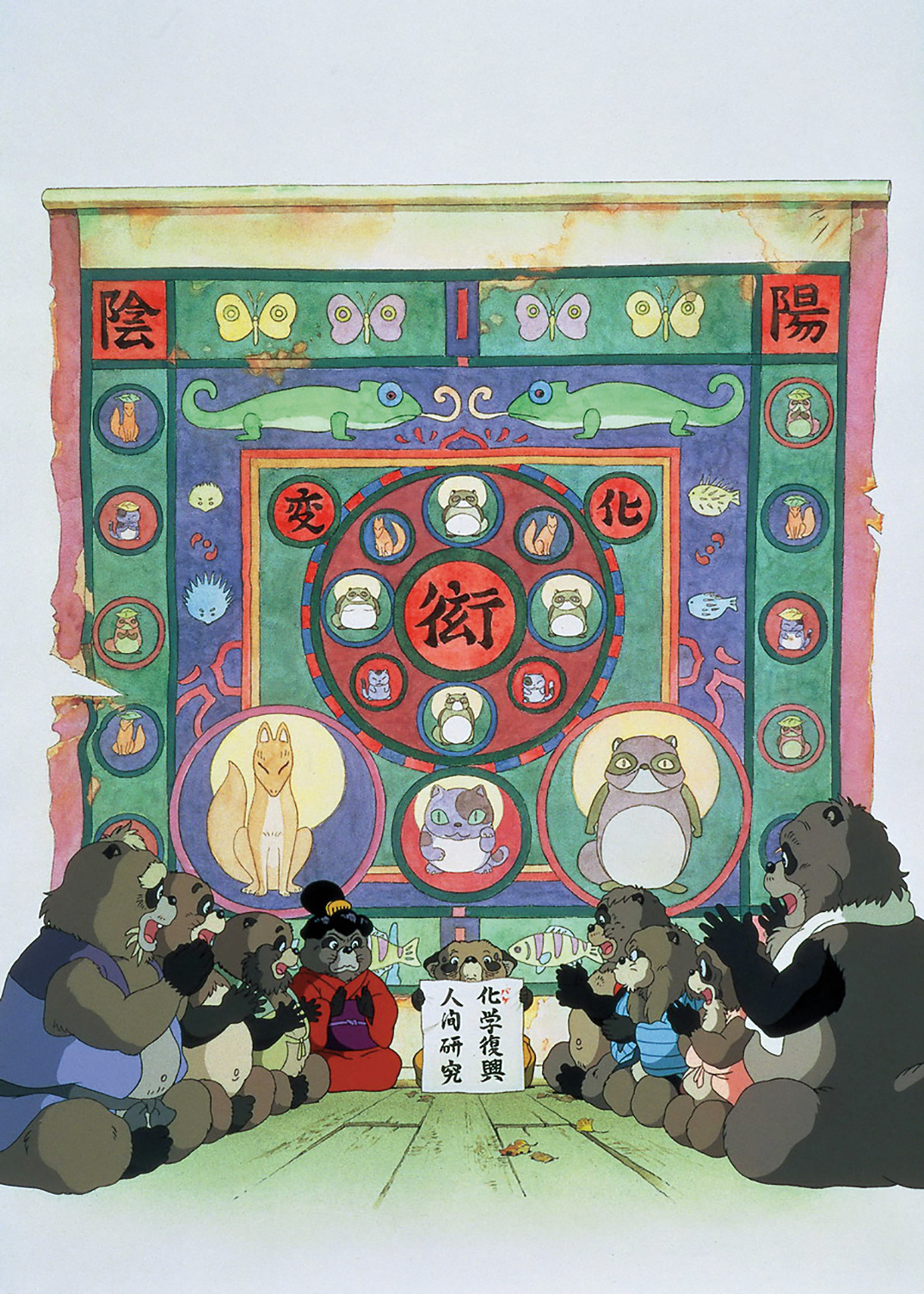 When Yo-kai Watch first appeared on the Japanese role-play video-game market, back in 2013, it was a moderate hit. But game developer Level-5 (best known in the West for its Professor Layton series) knew they had a potentially great idea on their hands, and by exploiting the power of cross-media (or media mix, as it’s called in Japan), they unleashed a series of manga, TV anime, toys and feature films in rapid succession, and turned the game into a mega-hit (over six million units sold), and the franchise became a cultural phenomenon.

Yo-kai Watch’s success is yet another reminder of the strength of interest in Japan for traditional monsters, ghosts and assorted spirits. There are actually several video games that feature supernatural characters. The Legend of Zelda: Majora Mask, for instance, features the aka manto (red cape). While the original urban legend is a malicious spirit who kills people in toilets, the one appearing in the game just offers rewards to anyone who gives it toilet paper. One of the more chilling video game monsters is the amanojaku, which, according to Japanese folklore, provokes people into doing evil deeds against their will. In Shin Megami Tensei, though, it goes one step further and devours the protagonist’s mother then wears her skin. But not all game yokai are necessarily bad. Think, for example, of the tanuki suit in Super Mario Bros. 3, which allows Mario and Luigi to fly or turn into a statue. 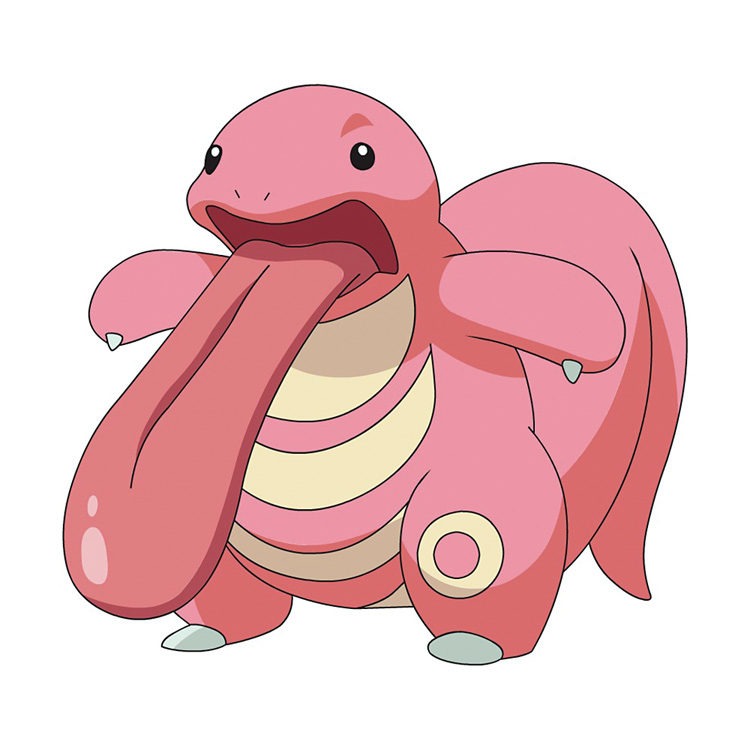 Lickitung (Beroringa in Japanese) is a Generation 1 Normal-type Pokemon.

Level-5’s Yo-kai Watch is currently trying to follow in the steps of another yokai-inspired franchise and conquer the overseas market. Of course, I’m talking about Pokemon whose unique success story hasn’t been matched so far. In the meantime, Yo-kai Watch’s creators are tirelessly adding new yokai to the story’s ever-expanding cast (there are more than 400 so far, still less than half the mighty Pocket Monster army).

Yokai and yokai-inspired characters can be found everywhere in Japanese popular culture, even though they can be hard to detect unless you are familiar with Japanese mythology, traditional culture and religion.

Even Murakami Haruki has gone as far as including at least a couple of them in his novels – the mysterious Sheep Man from A Wild Sheep Chase and the yamikuro (translated in English as “Infra- Nocturnal Kappa”), which infest the Tokyo sewer system in Hard-Boiled Wonderland and the End of the World.

But even putting literature to one side, the Ghibli anime universe and director Miyazaki, in particular, often resort to yokai in order to convey their eco-friendly and environmentalist messages. As early as 1988, their third feature film, My Neighbour Totoro, introduced a few fantastic characters that might not belong to the traditional yokai pantheon (Miyazaki himself makes a point of never using that word in his films), but are nonetheless a pretty good variation on the theme. On the other hand, the clan of shape-shifting tanuki starring in the playful yet thought-provoking Pom Poko (1994) and who fight against suburban development, come straight from Japanese mythology. Even the smash hit Spirited Away (2001) features many bizarre mythological creatures such as shikigami (the kami-like beings conjured by the witch Zeniba to track and hunt down Haku the dragon) and No-face, the lonely spirit that becomes obsessed with Chihiro and follows her around. But the Miyazaki film that arguably offers the best portrait of animism and nature worship in Japan is Princess Mononoke (1997), which prominently features lots of kodama (spirits that inhabit trees) portrayed as small, white humanoids with large, rattling heads.

Ghibli, of course, is not the only purveyor of yokai stories. A few other noteworthy anime TV series are Nura: Rise of the Yokai Clan (Nura, the protagonist, lives in a house filled with yokai, and his grandfather is the head of the clan), Inuyasha (a humour-filled adventure whose title character is half human and half yokai), or Natsume’s Book of Friends, in which an orphaned teenage boy who can see spirits inherits a book from his late grandmother, which lists all the spirits she had brought under her control.

Films, as one can imagine, swarm with yokai and other assorted ghouls, so much so that we could devote a whole article to cinematic ghosts. But just to give you an idea, Kobayashi Masaki’s Kaidan (1965) is an anthology of horror stories from Lafcadio Hearn’s book Kwaidan, which won many awards including the Special Jury Prize at the Cannes Film Festival. In 1968-69, Kuroda Yoshiyuki made a yokai trilogy; the best-remembered in the series is the second film, Yokai Monsters: Spook Warfare. This is the rather camp story of a vampire-like monster from Babylon who, after being disturbed by treasure hunters, comes to Japan and causes the local yokai to band together in order to defeat him. Silly plot aside, this film is notable for the extensive use of special effects and the Japanese practice of representing the creatures with actors in costume. In 2005, a remake loosely based on this film was made by over-the-top splatter horror master Miike Takashi. Quite surprisingly, though, The Great Yokai War is a children’s fantasy movie that does away with previous nationalist tones and focuses instead on the clash between traditional and modern society. 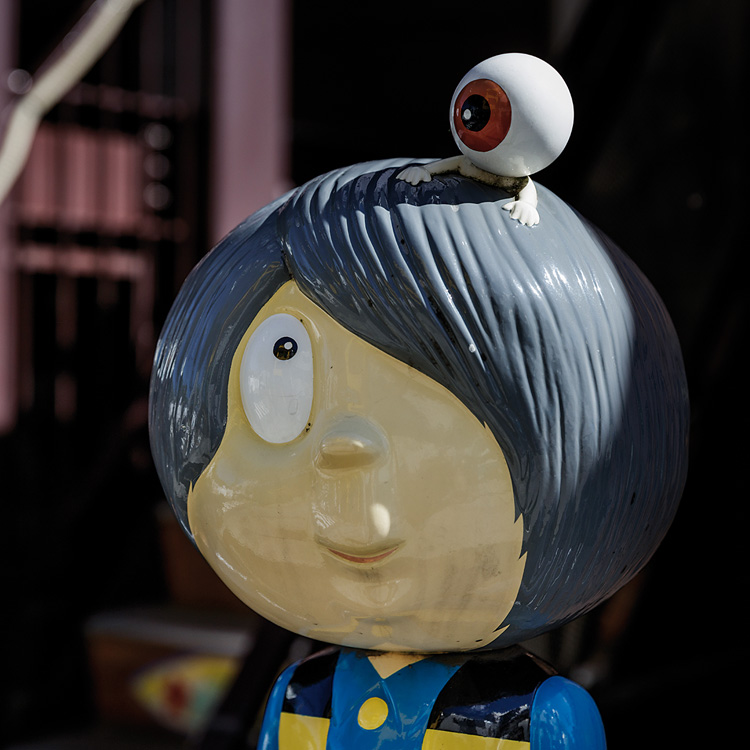 One noteworthy thing in Miike’s film is that it features a cameo by manga artist Mizuki Shigeru who plays the peace-keeping Great Elder Yokai. For those who don’t know him yet, Mizuki is the person who, back in the 1950s and 60s, was mainly responsible for the yokai renaissance in popular culture. He started soon after the war as an artist for kami-shibai (“paper-play” street theatre) and kashi-hon (book rental service) shops, and, in 1960, after a number of experiments, created Hakaba Kitaro (Kitaro of the Graveyard). In 1965, it began to be serialized in Shonen Magazine, and two years later was renamed GeGeGe no Kitaro (literally, Spooky Kitaro). It’s interesting to note that Kitaro’s first version was a much darker, mischievous character who was deemed too scary for children, while his later version is cuter and more human friendly.

Mizuki made yokai so popular that his stories were turned into several anime and live-action films, and even today most people associate his name with yokai. In a 2005 interview with The Japan Times, Mizuki, who was born in 1922 and took yokai quite seriously, mused that electricity had caused their disappearance. “The darkness, with a touch of light like that from paper lanterns and oil lamps, was great for yokai, and it inspired people to imagine yokai”, he said. Luckily, his DR art has been able to bring back this motley crew of ghouls to the forefront of Japanese popular culture.